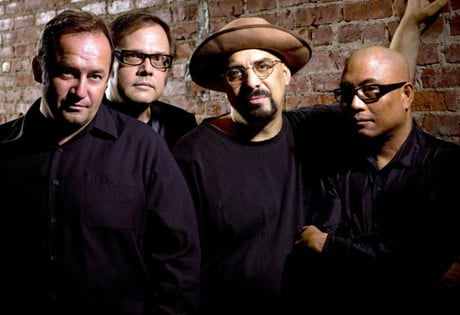 Looking to book Smithereens entertainment for a wedding anywhere worldwide?

WeddingEntertainment.com makes it easy and trouble-free to check availability and pricing for booking Smithereens or any act in the business for your wedding. If we don't book an act for you, our service is free. For over 26 years we have booked and produced thousands of events for our clients worldwide. We can also handle everything necessary to produce the show for one all-inclusive price so there are no surprises. Simply fill out an entertainment request form and a booking agent will contact you to discuss the possibility of booking entertainment for your wedding.

The American rock band known as the Smithereens was established in the early 1980’s in New Jersey. Founded by members Dennis Diken, Mike Mesaros, Jim Babjak, and Pat DiNizio, the Smithereens first rose to popularity after the song “Blood and Roses” was included in the movie Dangerously Close (1986) and then later on the television series Miami Vice.

The Smithereens released their major label debut, Beauty and Sadness, in 1983. The album set the stage for the group’s follow-up, Especially for You (1986), which spawned the hits “Blood and Roses” and “Behind the Wall of Sleep.” Since that time, the Smithereens have released the additional albums: Green Thoughts (1988), 11 (1989), Blow Up (1991), A Date with the Smithereens (1994) and God Save the Smithereens (1999.) Collectively, the albums have given fans the additional singles: “Only a Memory,” “House We Used to Live In,” “Drown in my Own Tears,” “A Girl Like You,” “Blues Before and After,” “Yesterday Girl,” “Top of the Pops,” “Tell Me When Did Things Go So Wrong,” and “Miles from Nowhere.”

The Smithereens continue to perform and record, with the current lineup of Pat DiNizio, Jim Babjak, Severo Jornacion, and Dennis Diken. The band most recently released the album 2011. The Smithereens’ music can be heard in a number of films, including Bull Durham (1988), Encino Man (1992), Romy and Michele’s High School Reunion (1997), and Boys Don’t Cry (1999.)