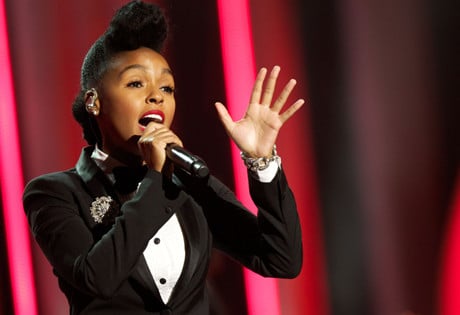 WeddingEntertainment.com makes it easy and trouble-free to check availability and pricing for booking Janelle Monae or any act in the business for your wedding. If we don't book an act for you, our service is free. For over 26 years we have booked and produced thousands of events for our clients worldwide. We can also handle everything necessary to produce the show for one all-inclusive price so there are no surprises. Simply fill out an entertainment request form and a booking agent will contact you to discuss the possibility of booking entertainment for your wedding.

The R&B musician Janelle Monae was born in 1985 in Kansas City, Kansas. Monae’s dreams of becoming a singer served as the catalyst for a very ambitious move on her part as a teenager – to New York City, to study at the American Musical and Dramatic Academy. From there, she studied at Freedom Theater in Pennsylvania, before moving to Atlanta, Georgia in 2001.

While in Atlanta, Janelle met the artist Big Boi of the band OutKast, and self-released her first EP, The Audition. Monae’s friendship with Big Boi led to a meeting with Sean Combs, who signed her to his Bad Boy label in 2006, thereby launching her career as a performer. Under Combs guidance, Janelle Monae’s work blossomed, and the result was a highly successful debut album, Metropolis: The Chase Suite, in 2008. The album earned Janelle a Grammy nomination for Best Urban/Alternative Performance and a spot opening for the band No Doubt during their 2009 tour.

Since that time, Janelle Monae has released two additional albums: The ArchAndroid (2010) and The Electric Lady (2013.) The albums have spawned the hit singles "Tightrope," "Cold War," and "PrimeTime," but at present Monae is probably best known for her work on Fun’s smash-hit single "We Are Young." In addition to her first Grammy nomination, Monae has also been recognized with six others, three of them for "We Are Young." Janelle Monae has also received award nominations from the Soul Train Awards, Essence Awards, and BET Black Girls Rock! Awards, the latter for which she won the Young, Gifted & Black Award.

Most recently, Janelle Monae began work as a GoverGirl spokeswoman and in 2013, she performed on Saturday Night Live. Janelle Monae has plans in the next year for additional tours and performances, and a return to the studio for work on her next album.