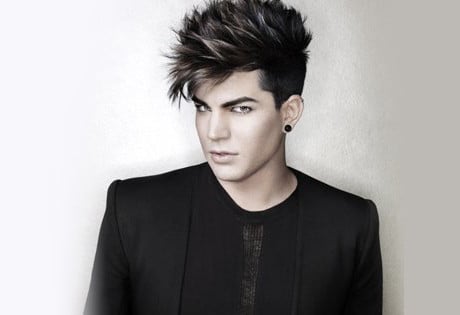 WeddingEntertainment.com makes it easy and trouble-free to check availability and pricing for booking Adam Lambert or any act in the business for your wedding. If we don't book an act for you, our service is free. For over 26 years we have booked and produced thousands of events for our clients worldwide. We can also handle everything necessary to produce the show for one all-inclusive price so there are no surprises. Simply fill out an entertainment request form and a booking agent will contact you to discuss the possibility of booking entertainment for your wedding.

Singer, songwriter, and actor Adam Lambert was born in 1982 in Indianapolis. Adam grew up in San Diego, California, where he began performing with a local children’s theater network when he was still in elementary school. As a child, he appeared in a number of local productions, until as a teenager he began to study theater more seriously, eventually performing locally in productions of plays such as Peter Pan, Camelot, and the Music Man, at venues such as The Lyceum.

After graduating from high school, Lambert moved to Los Angeles and accepted his first gig, performing on a cruise ship. After that, Adam performed in a European touring version of the Broadway play Hair, but his big stage breakthrough came after he was cast in The Ten Commandments: The Musical, alongside Val Kilmer, in the role of Joshua. Reviews of his performance were positive, and he received significant praise for his vocal ability. The confidence boost was enough to encourage Adam Lambert to form his own underground rock band and to pursue work as a session musician and demo singer.

In 2009, Adam Lambert auditioned for a competitive slot on American Idol’s eighth season. Not only did he make it to the show, but his performance brought him to the runner-up position, launching a career which has since made him one of the era’s most recognizable performers. After signing with RCA Records, Lambert released his debut, For Your Entertainment, and it immediately rose into the top five on the mainstream charts. Featuring the songs “If I Had You,” “Whataya Want from Me,” and “For Your Entertainment,” Lambert’s debut made him an international sensation nearly overnight.

Lambert followed his debut with Trespassing (2012), which gave audiences the additional hits “Never Close Our Eyes” and “Trespassing.” But most recently, Adam Lambert has become known for his performances with Queen, which began back in 2011 and have since resulted in the Queen + Adam Lambert series of tours, which have been well-received worldwide. He most recently also appeared as a guest judge on American Idol, the show which made him famous.

Adam Lambert’s rise to fame has transcended his musical talent; he has also become one of the most widely accepted performers to bring an uncensored gay perspective to entertainment. His work for the LGTB community has garnered him numerous awards from various organizations, and he makes frequent appearances at various events to further support the cause. Lambert also continues to perform and record; his most recent album, The Original High, arrived in 2015.