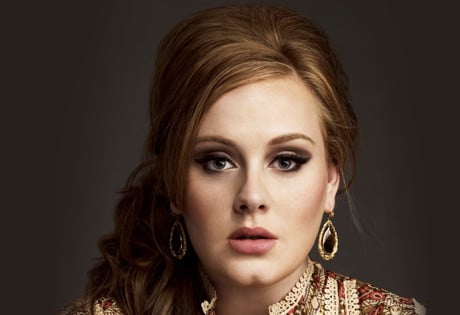 Looking to book Adele entertainment for a wedding anywhere worldwide?

WeddingEntertainment.com makes it easy and trouble-free to check availability and pricing for booking Adele or any act in the business for your wedding. If we don't book an act for you, our service is free. For over 26 years we have booked and produced thousands of events for our clients worldwide. We can also handle everything necessary to produce the show for one all-inclusive price so there are no surprises. Simply fill out an entertainment request form and a booking agent will contact you to discuss the possibility of booking entertainment for your wedding.

Singer-songwriter Adele Laurie Blue Adkins was born in 1988 in Great Britain. She burst onto the music scene shortly after a friend used MySpace to share some of her music with the public in 2006. Within a year, Adele was already becoming a phenomenon.

Bolstered by a tour with Jack Penate, in which she served as the opening act, Adele’s songs such as “Hometown Glory” and “Daydreamer” started to receive heavy airplay in the UK. She appeared with Bjork and Paul McCartney shortly after the tour, and by 2008 Adele was recognized as one of BBC’s new musical talents. Her first album, 19, earned her Grammies for Best Female Pop Vocal Performance and Best New Artist in 2009. The album 21 followed, with the hit singles “Rolling in the Deep,” “Someone Like You,” and “Set Fire to the Rain.” The album became one of the most successful albums in history, spending eighteen weeks at the top of the charts and eventually achieving platinum status sixteen times over in the UK. With “Set Fire to the Rain,” Adele became the first artist in history to achieve three Billboard number ones concurrently.

Since that time, Adele has released the additional album 25 (2015), and recorded the theme song for the 2012 James Bond film, Skyfall. The song earned Adele a Grammy Award, Golden Globe Award, and Academy Award for Best Original Song. The album 25 went on to debut at number one internationally, breaking multiple records and selling nearly 3.5 million copies in its first week in the United States alone. It spawned the hit singles “Hello,” “When We Were Young,” “Send My Love,” and “Water Under the Bridge.” Today it is among the best selling albums of all time, and garnered Adele five more Grammy Awards—for Album of the Year, Best Pop Vocal Album, Record of the Year, Song of the Year, and Best Pop Solo Performance (the latter three for the hit single “Hello.”)

Today, Adele continues to perform and record and – in consideration of her youth and years in the entertainment business – is really just getting started. In addition to her many other achievements, Adele has been named by Time Magazine as one of the world’s most influential people, and she was also listed on VH1s Greatest Women in Music at number five. Adele just recently wrapped her latest tour, which ran internationally from late 2016 through 2017.