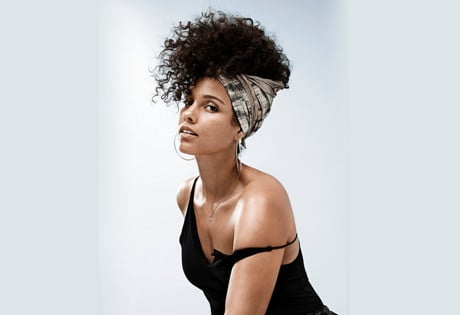 WeddingEntertainment.com makes it easy and trouble-free to check availability and pricing for booking Alicia Keys or any act in the business for your wedding. If we don't book an act for you, our service is free. For over 26 years we have booked and produced thousands of events for our clients worldwide. We can also handle everything necessary to produce the show for one all-inclusive price so there are no surprises. Simply fill out an entertainment request form and a booking agent will contact you to discuss the possibility of booking entertainment for your wedding.

Despite her incredible youth, Grammy-winning Alicia Keys rocketed to success with her debut, the chart-topping album Songs in A Minor. The various influences on the album, including jazz, hip-hop, classical, and R&B, lend testament to the notion that Alicia Keys is an “old soul” with maturity and aptitude beyond her years.

Alicia Keys’ talents were clear from her very earliest days as a student in Manhattan’s Professional Performance Arts School. After honing her skills through the school’s exemplary instruction, she graduated and began her studies at Columbia University. Her college experience would be cut short, however, to pursue a music career, a gamble that would certainly pay off for Keys.  She signed a deal with Arista Records in 1998, but switched to J Records after one year. Songs in A Minor was released in 2001, and rose to superstar status instantly.

Since her debut, Alicia Keys has released the additional albums: As I Am (2007), The Element of Freedom (2009), Girl on Fire (2012), and most recently, Here (2016), featuring the single, “In Common.” Thus far in her career as a musician, Keys has sold over 35 million albums and 30 million singles, making her one of the best selling artists of all time.

Beyond music, Alicia Keys has appeared in The Nanny Diaries, Smokin’ Aces, The Secret Life of Bees, and the television series Charmed. She also joined the reality competition series The Voice in 2015, as a coach. On the personal front, Alicia Keys is the co-founder and Global Ambassador of Keep a Child Alive. The non-profit assists families afflicted by AIDS in Africa, providing medical support and medication. For her altruistic efforts, Alicia Keys are recognized by Amnesty International as an Ambassador of Conscience in 2017.