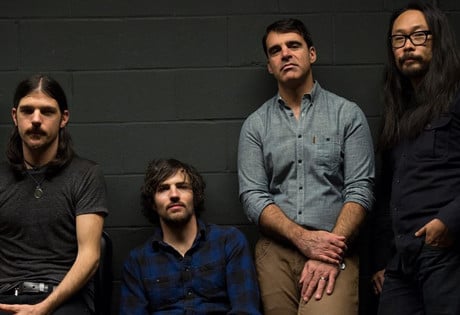 Looking to book The Avett Brothers entertainment for a wedding anywhere worldwide?

WeddingEntertainment.com makes it easy and trouble-free to check availability and pricing for booking The Avett Brothers or any act in the business for your wedding. If we don't book an act for you, our service is free. For over 26 years we have booked and produced thousands of events for our clients worldwide. We can also handle everything necessary to produce the show for one all-inclusive price so there are no surprises. Simply fill out an entertainment request form and a booking agent will contact you to discuss the possibility of booking entertainment for your wedding.

The American folk rock group The Avett Brothers was established by brothers Seth Avett and Scott Avett, in addition to fellow musicians and touring members Paul Defiglia, Tania Elizabeth, Mike Marsh, Joe Kwon, and Bob Crawford. Known for their unique blend of pop, rock, honky tonk, bluegrass, and country, The Avett Brothers rose to prominence in 2009 with their breakthrough album, I and Love and You. But between 2002 and 2007, The Avett Brothers began their journey with five previous albums – Country Was (2002), A Carolina Jubilee (2003), Mignonette (2004), Four Thieves Gone: The Robbinsville Sessions (2006), and Emotionalism (2007.)

But it was I and Love and You that put The Avett Brothers on the Rolling Stones’s list of “Artists to Watch” for the year, and the album rose into the top twenty on the mainstream charts in the United States. I and Love and You also rose to the number one spot on the Folk charts, and within a short period of time The Avett Brothers were performing on Late Night with Jimmy Fallon, The Late Show with David Letterman, and at such high-profile festivals as Bonnaroo and Austin City Limits.

Since that time, The Avett Brothers have released the additional albums The Carpenter (2012) and Magpie and the Dandelion (2013.) Notable chart-topping singles aside from “I and Love and You” include: “Head Full of Doubt/Road Full of Promise,” “Kick Drum Heart,” “Live and Die,” “February Seven,” “Another Is Waiting,” and “Ain’t No Man.” The Avett Brothers are still going strong, and still touring and performing regularly. The group most recently released their latest album, True Sadness, in 2016.