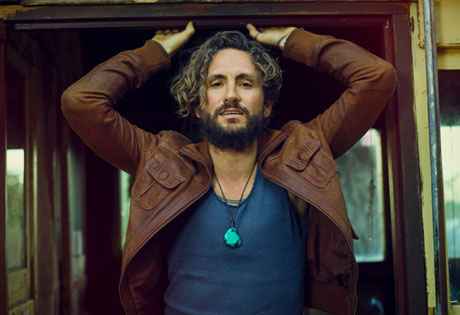 WeddingEntertainment.com makes it easy and trouble-free to check availability and pricing for booking John Butler Trio or any act in the business for your wedding. If we don't book an act for you, our service is free. For over 26 years we have booked and produced thousands of events for our clients worldwide. We can also handle everything necessary to produce the show for one all-inclusive price so there are no surprises. Simply fill out an entertainment request form and a booking agent will contact you to discuss the possibility of booking entertainment for your wedding.

The Australia roots and rock band known as the John Butler Trio was established in 1998 by founding members John Butler, Gavin Shoesmith, and Jason McGann. Butler himself had already released a self-recorded cassette before the band came together, but after teaming up with McGann and Shoesmith, the three men recorded and self-released their first album, John Butler, in late 1998.

An extensive Western Australian tour followed the next year, and although John Butler didn’t chart, the trio’s next endeavor, the indie album Three, did. It reached into the top twenty on the Australian ARIA charts, rising to Platinum status and setting the stage for what would become the band’s big breakthrough. Sunrise Over Sea (2004) not only reached the number one spot on all Australian charts, but it also rose into the top twenty on the Heatseekers charts in the United States. The album also reached into the top forty in Europe, bringing it to multi-platinum status, and spawned the top forty Australian singles, “Zebra” and “What You Want.”

Since that time, the John Butler Trio has released the additional number-one Australian albums Grand National (2007), April Uprising (2010), and Flesh & Blood (2014), in addition to multiple Live Albums and DVDs of the group’s performances. Notable chart-topping singles from the John Butler Trio include: “Better Than,” “Funky Tonight” (with Keith Urban), “One Way Road,” “Close to You,” “Revolution,” and “Only One.” The band has also been recognized with multiple APRA and ARIA Awards, including Song of the Year, Blues & Roots Work of the Year, Best Independent Release, and Best Blues & Roots Album.

The John Butler Trio continues to perform and record with the lineup of Butler, Bryon Luiters, Grant Gerathy, Lozz Benson, and Michael Hardy. The trio recently released their latest album, Home, in the fall of 2018. The album was an instant number one hit in Australia.