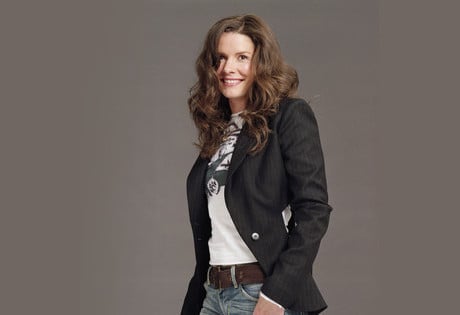 WeddingEntertainment.com makes it easy and trouble-free to check availability and pricing for booking Edie Brickell or any act in the business for your wedding. If we don't book an act for you, our service is free. For over 26 years we have booked and produced thousands of events for our clients worldwide. We can also handle everything necessary to produce the show for one all-inclusive price so there are no surprises. Simply fill out an entertainment request form and a booking agent will contact you to discuss the possibility of booking entertainment for your wedding.

The American singer-songwriter Edie Brickell was born in 1966 in Dallas, Texas. Young Edie grew up in the Oak Cliff area, attending the Booker T. Washington High School for the Performing and Visual Arts. Following her graduation, Brickell decided to pursue studies in songwriting and composition at Southern Methodist University. Around the same time, she began performing around town, eventually garnering the attention of a new folk rock group, New Bohemians, who were looking for a lead singer.

With Edie as their lead singer, the band changed its name to Edie Brickell and the New Bohemians. After signing with their first major label in 1988, the band released the debut album Shooting Rubberbands at the Stars, which immediately became a commercial and critical success. On the strength of the hit song “What I Am,” the album shot into the top five on the mainstream charts and set the stage for the follow-up album, Ghost of a Dog (1990.)

Edie Brickell soon began to release albums as a solo artist as well, starting with Picture Perfect Morning in 1994. Additional albums include: Volcano (2003), Stranger Things (2006), and Edie Brickell (2010.) In 2010, Brickell founded the band The Gaddabouts with the self-titled debut album; she also began to collaborate with Steve Martin and the Steep Canyon Rangers in 2013, recording with them in the studio and appearing with them on tour.

Edie Brickell continues to perform and record, often with her husband, Paul Simon. Her music can also be heard in a number of films, including Jeremy Fink and the Meaning of Life, for which she wrote the title track, “The Meaning of Life,” in 2011. She also appeared in the 1989 film Born on the Fourth of July as a folk singer, and performed a cover of “Walk on the Wild Side” for the 1990 film Flashback.