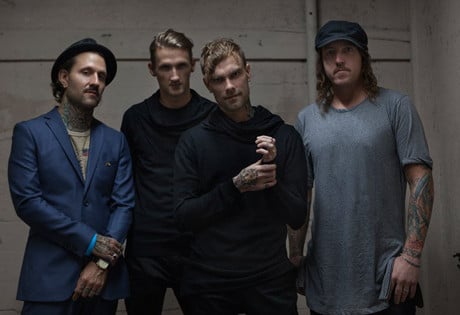 Looking to book The Used entertainment for a wedding anywhere worldwide?

Look no further than WeddingEntertainment.com! We make it easy and stress-free to check availability and pricing for booking The Used or any other act in the business. With over 26 years of experience in the industry, we have booked and produced thousands of events for clients worldwide.

The American rock band The Used was established in 2001 in Utah by founding members Quinn Allman, Branden Steineckert, and Jeph Howard. With the addition of Bert McCaracken, the Used finalized its initial lineup and recorded a demo album which included the song “A Box Full of Sharp Objects.” Record labels were so impressed with the song and the demo itself that the Used received multiple offers for their first contract. In the end, they chose to sign with Reprise Records and released their self-titled debut in 2002.

The Used was met with positive reviews and spawned the singles “The Taste of Ink,” “Blue and Yellow,” and “Buried Myself Alive,” all of which entered the charts and brought the album to gold status. To support their auspicious start, the Used immediately embarked on a number of tours, including Ozzfest and the Warped Tour, before beginning work on their second studio album. In Love and Death was released in 2004, and was followed by Lies for the Liars (2007) and Artwork (2009.) The albums spawned the hit alternative singles “Take It Away,” “All That I’ve Got,” “Pretty Handsome Awkward,” and “Blood on my Hands.”

The Used continues to perform and record, with the current lineup of Allman, Howard, McCracken, and Dan Whitesides on drums, replacing Branden Steineckert, who left in 2006. The Used’s most recent album is Vulnerable, released in 2012 and featuring the singles “I Come Alive,” “Hands and Faces,” and “Put Me Out.”