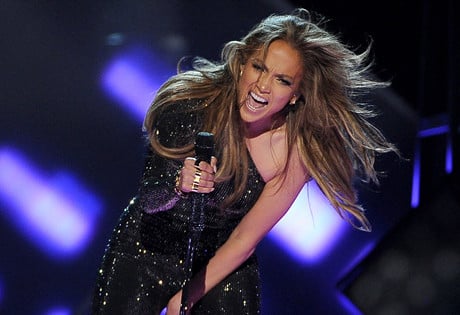 WeddingEntertainment.com makes it easy and trouble-free to check availability and pricing for booking Jennifer Lopez or any act in the business for your wedding. If we don't book an act for you, our service is free. For over 26 years we have booked and produced thousands of events for our clients worldwide. We can also handle everything necessary to produce the show for one all-inclusive price so there are no surprises. Simply fill out an entertainment request form and a booking agent will contact you to discuss the possibility of booking entertainment for your wedding.

Born in 1970 in the Bronx, New York, Jennifer Lopez had her first big break when she was cast as a dancer on the television show Living Color in 1993. Her big screen debut as an actress would follow three years later, in the film Jack with Robin Williams, followed by a role in Money Train with Wesley Snipes. But it was her role in the film Selena in 1997 which would showcase Jennifer Lopez’s acting and musical talent, launching a career that would eventually reach staggering heights.

Her performance in Selena garnered her a Golden Globe and a series of film roles following. In 1999, Lopez launched her music career,  releasing the debut album, On the 6. On the strength of hits such as “Waiting for Tonight” and “If You Had My Love,” the album went on to reach platinum status and set the stage for the follow up, J.Lo, in 2001.  J.Lo enjoyed the same success, with hits such as the number one single “Love Don’t Cost A Thing.” Later that same year, Jennifer Lopez’s performance in The Wedding Planner brought her the distinction of the first female artist to have a top-selling movie and album in the same week.

Since that time, Jennifer Lopez has risen to become one of the era’s most notable actors and musicians. After a brief hiatus following the birth of her children, Lopez returned in 2009 with the single “Louboutins,” and immediately after, the album Love? in 2011. She returned to acting with a role on How I Met Your Mother and then in the film The Back-Up Plan. In 2012, she began her run as one of the judge’s on the reality competition series American Idol for the season.

Most recently, Jennifer Lopez began her starring role in the television series Shades of Blue, which launched in 2016. She also began her first Las Vegas residency later the same year.