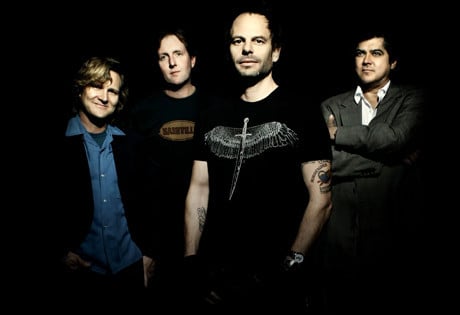 Look no further than WeddingEntertainment.com! We make it easy and stress-free to check availability and pricing for booking Gin Blossoms or any other act in the business. With over 26 years of experience in the industry, we have booked and produced thousands of events for clients worldwide.

The pop rock band Gin Blossoms was established in the late 1980’s in Arizona. The band’s earliest lineup included Doug Hopkins, Bill Leen, Jesse Valenzuela, Phillip Rhodes, and Robin Wilson. By the early 1990’s, Gin Blossoms had caught the attention of A&M Records, and after signing with the label, the band released its debut album, New Miserable Experience, in 1992.

The album spawned the top 40 singles “Hey Jealousy” and “Found Out About You,” and helped to bolster Gin Blossoms’ early success, but the celebration was tempered by the loss of founding member Doug Hopkins to suicide. Despite the tragedy, Gin Blossoms forged forward, releasing Congratulations I’m Sorry in 1996. Between 1992 and 1996, Gin Blossoms gave audiences the singles “Until I Fall Away,” “Allison Road,” “Till I Hear from You,” “Follow You Down,” “Day Job,” and “As Long As It Matters,” and the band continued to enjoy moderate commercial success.

By 1997, however,  the group had disbanded and the individual members moved on to other projects. Gin Blossoms reunited in 2006, releasing the album Major Lodge Victory, followed by Live in Concert (2009) and No Chocolate Cake (2010.) In recent years, Gin Blossoms has continued to record and perform, most recently joining Sugar Ray and Everclear for the Summerland Tour of 2012. Gin Blossoms current lineup includes Leen, Valenzuela, Wilson, Scott Johnson, and Scott Hessel.