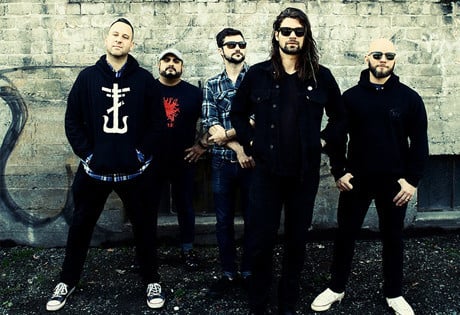 Looking to book Taking Back Sunday entertainment for a wedding anywhere worldwide?

Look no further than WeddingEntertainment.com! We make it easy and stress-free to check availability and pricing for booking Taking Back Sunday or any other act in the business. With over 26 years of experience in the industry, we have booked and produced thousands of events for clients worldwide.

The rock band known as Taking Back Sunday was established in New York in the late 1990’s. The group was founded by Eddie Reyes, who had already spent a number of years performing in the local music scene on Long Island, participating in a number of bands. After teaming up with Jesse Lacey, John Nolan, Adam Lazzara, and Antonio Longo, Reyes established Taking Back Sunday and the group entered the studio to begin recording a debut EP.

Taking Back Sunday’s self-titled EP arrived shortly thereafter, but the band experienced a number of changes to the lineup before moving on to record their debut album, Tell All Your Friends. The debut arrived in 2002 and featured the moderately successful singles: “Cute Without the E,” “Great Romances of the 20th Century,” and “You’re So Last Summer.” Within the next few years, Taking Back Sunday was opening for such high-profile bands as Blink-182, and preparing for their sophomore album release.

After signing with Victory Records, Taking Back Sunday released the album Where You Want to Be in 2004, and this time the album rose into the top five on the mainstream charts. The album spawned the hit “A Decade Under the Influence,” which Taking Back Sunday performed on Jimmy Kimmel Live!, gaining further exposure. Around the same time, the band also contributed a number of songs to major motion pictures, including Spider Man 2 (“This Photograph Is Proof (I Know You Know),” Transformers (“What’s It Feel Like to Be A Ghost?”), and Fantastic 4 (“Error Operator.”)

The quick rise of Taking Back Sunday brought them to the attention of Warner Bros. Records, which signed the band in 2006. Since that time, Taking Back Sunday has released the additional albums: Louder Now (2006), New Again (2009), and Taking Back Sunday (2011.) The albums have spawned the singles: “MakeDamnSure,” “Twenty-Twenty Surgery,” “Liar (It Takes One to Know One),” “My Blue Heaven,” “Sink into Me,” “Where My Mouth Is,” and “This Is All Now.

Taking Back Sunday continues to perform and record with the current lineup of: Adam Lazzara, John Nolan, Eddie Reyes, Mark O’Connell, and Shaun Cooper. Taking Back Sunday most recently released the album Happiness Is, in 2014. The album features the songs “Flicker, Fade” and “Stood a Chance.”