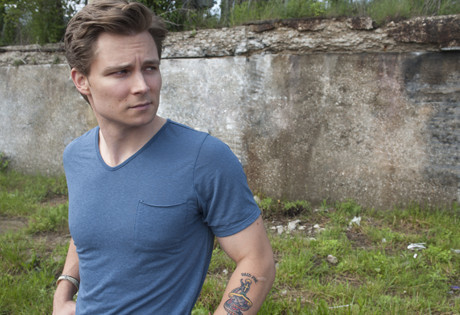 WeddingEntertainment.com makes it easy and trouble-free to check availability and pricing for booking Frankie Ballard or any act in the business for your wedding. If we don't book an act for you, our service is free. For over 26 years we have booked and produced thousands of events for our clients worldwide. We can also handle everything necessary to produce the show for one all-inclusive price so there are no surprises. Simply fill out an entertainment request form and a booking agent will contact you to discuss the possibility of booking entertainment for your wedding.

The American country music singer Frankie Ballard was born in 1982. Ballard’s music career was jump-started after entering into the Next Big Star competition, launched by Kenny Chesney, which offered talented but unsigned musicians a chance to compete for a gig opening for Chesney onstage during his next tour. Frankie Ballard won the competition, and began touring with Chesney in 2009.

Ballard’s talents brought him to the attention of Reprise Records, which signed him to the label in 2010. Frankie’s debut single, “Tell Me You Get Lonely,” arrived shortly thereafter and rose into the top forty on the country music charts, setting the stage for the self titled debut album, Frankie Ballard, which arrived in 2011. Ballard’s career got another boost when he began touring as the opening act for Lady Antebellum later that year, setting the stage for a career which appears to be on the rise.

Since that time, Frankie Ballard has signed with Warner Bros. Records to release his sophomore album, Sunshine & Whiskey. The album features Ballard’s first number one single, “Helluva Life,” which rose to the top of the charts after its release in 2013. Additional songs from Frankie Ballard include “A Buncha Girls” and  “Young & Crazy.”

Frankie Ballard’s career is just getting started, but he is definitely a country music star to keep an eye on as his career continues to grow. In addition to his talents as a performer, Ballard is also a highly respected songwriter; he co-wrote the Big & Rich hit song “I Came to Git Down,” which appears on the album Gravity (2014.)