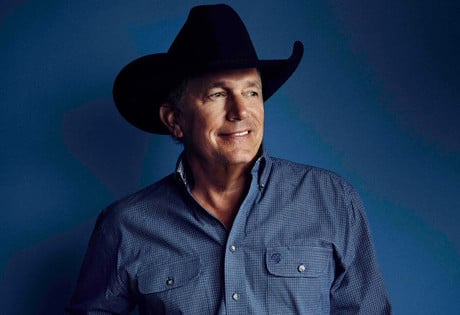 WeddingEntertainment.com makes it easy and trouble-free to check availability and pricing for booking George Strait or any act in the business for your wedding. If we don't book an act for you, our service is free. For over 26 years we have booked and produced thousands of events for our clients worldwide. We can also handle everything necessary to produce the show for one all-inclusive price so there are no surprises. Simply fill out an entertainment request form and a booking agent will contact you to discuss the possibility of booking entertainment for your wedding.

George Strait was born in 1952 in Poteet, Texas, and grew up on his family’s cattle ranch. While in high school, he established a garage band with his friends and found himself quickly drawn to country music.  After a tour in the military, Straight attended Southwest Texas State University and while there he joined the band Stoney Ridge, which eventually became the Ace in the Hole Band. George Strait played with the band for a number of years, until one day his talents caught the attention of MCA Records. Strait was signed to the label as a solo act, but he retained Ace in the Hole as his backup band. Strait’s first single, “Unwound,” was released in 1981 and rose into the top ten on the country charts, helping to boost the success of his debut album, Strait Country. The album spawned further top ten hits that helped launch Strait’s career, a career which would span for the next three decades and beyond.

In addition to his achievements in music, George Strait has appeared in the films The Soldier (1982), Pure Country (1992), and Pure Country 2: The Gift (2011.) His total music industry awards include more than twenty Country Music Association Awards and ranking at the top of Billboard’s list for top country music artists of the past twenty-five years. Known for being the “King of Country,” Strait was also named Artist of the Decade for the millennium’s first decade by the Academy of Country Music Awards. George Strait continues to write, record and perform.  His most recent album is Love is Everything, released in 2013.