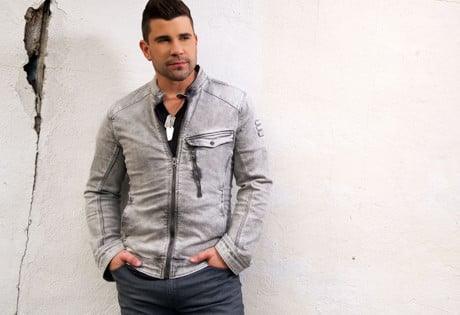 WeddingEntertainment.com makes it easy and trouble-free to check availability and pricing for booking Josh Gracin or any act in the business for your wedding. If we don't book an act for you, our service is free. For over 26 years we have booked and produced thousands of events for our clients worldwide. We can also handle everything necessary to produce the show for one all-inclusive price so there are no surprises. Simply fill out an entertainment request form and a booking agent will contact you to discuss the possibility of booking entertainment for your wedding.

Josh Gracin was born Joshua Mario Gracin in 1980 in Westland, Michigan. Josh developed an early love of music in general, but especially country music, and when he was still a teenager he began performing at school talent shows, state fairs, and even at the Grand Ole Opry when he was sixteen, for a national competition. Around the same time, Gracin recorded his first demo, but after graduating from college, he initially opted to join the Marines instead of pursuing a career in music.

American Idol’s second season changed all that for Gracin. His commitment to the United States military, coupled with his undeniable talent, made him a favorite on the show from early on, and Josh finished the competition in fourth place, entitling him to a tremendous amount of exposure. With additional time remaining in the Marines, however, Josh Gracin fulfilled his duties to the country first, and only after his honorably discharge in 2004 did he embark on his journey to country music superstar.

Gracin’s debut album, Josh Gracin, was released later that same year, and spawned the hits “I Want to Live,” “Stay with Me (Brass Bed),” and the number one single, “Nothing to Lose.” His sophomore effort, We Weren’t Crazy, followed in 2008, giving audiences the singles “Unbelievable (Ann Marie),” “Telluride,” “Enough,” “She’s a Different Kind of Crazy,” “Over Me,” and “Cover Girl.” Most recently, Josh Gracin released Redemption, in 2011, featuring the single “Long Way to Go.” He continues to perform and record, and is currently preparing for his next studio album.