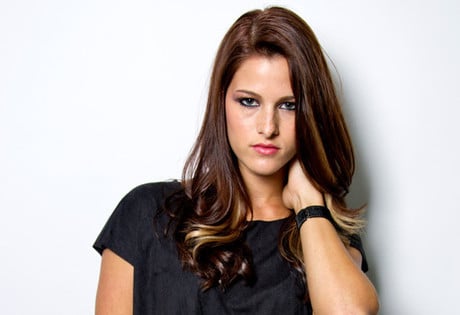 WeddingEntertainment.com makes it easy and trouble-free to check availability and pricing for booking Cassadee Pope or any act in the business for your wedding. If we don't book an act for you, our service is free. For over 26 years we have booked and produced thousands of events for our clients worldwide. We can also handle everything necessary to produce the show for one all-inclusive price so there are no surprises. Simply fill out an entertainment request form and a booking agent will contact you to discuss the possibility of booking entertainment for your wedding.

Cassadee Pope was born in 1989 in Florida. Before Cassadee launched her career as a vocalist for the pop punk band Hey Monday, young Cassadee grew up in Wellington, Florida and spent her teenage years performing with band she created with friends. In 2008, Pope formed the band Hey Monday alongside fellow musicians Mike Gentile, Alex Lipshaw, Michael Moriarty, and Elliot James.

Hey Monday released a debut studio album, Hold on Tight, in late 2008, but as the band was rising in fame, Cassadee Pope was simultaneously launching her own career as a solo vocalist. As early as 2008, she contributed vocals on tracks for such bands as the Cab, even while continuing to perform and record with Hey Monday, which released another three EPs before Cassadee finally released her debut solo EP, Cassadee Pope, in 2012.

Following the release of her debut EP, Cassadee Pope participated in the television competition The Voice, rising to win the challenge at the end of the third season. The achievement was followed by the release of her debut album,
Frame by Frame, in 2013, featuring the singles “Wasting All These Tears,” “Over You,” “Are You Happy Now,” “Stupid Boy,” “I Wish I Could Break Your Heart,” and “Steve McQueen” (with Blake Shelton.) The album rose to the top ten on the mainstream charts and the number one spot on the country charts, earning Pope two World Music Award nominations (for Best Album and Best Female Artist), and two CMT Music Awards (for Female Video of the Year and Breakthrough Video of the Year, both for “Wasting All This Time.”)

In addition to her solo work, Cassadee Pope has provided vocals for bands such as I See Stars (on “Electric Forest” and “The Hardest Mistake”); Yellowcard (on “Telescope”); and All Time Low (on “Backseat Serenade” and “So Long, Soldier.”) Cassadee Pope’s career is just getting started, and while she continues to pursue a solo career, she also looks forward to working with Hey Monday again in the coming years, after the group returns from hiatus.