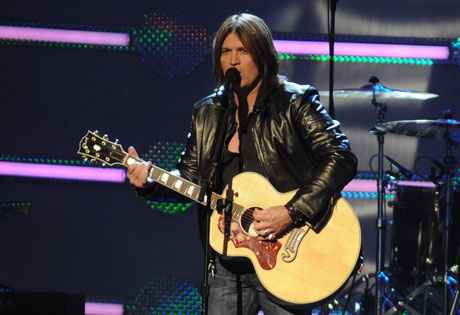 WeddingEntertainment.com makes it easy and trouble-free to check availability and pricing for booking Billy Ray Cyrus or any act in the business for your wedding. If we don't book an act for you, our service is free. For over 26 years we have booked and produced thousands of events for our clients worldwide. We can also handle everything necessary to produce the show for one all-inclusive price so there are no surprises. Simply fill out an entertainment request form and a booking agent will contact you to discuss the possibility of booking entertainment for your wedding.

Billy Ray Cyrus was born in 1961 in Flatwoods, Kentucky. Young Billy Ray began singing while still in pre-school, and with the influence of the gospel and bluegrass in his community, he developed a strong appreciation for country music while still in elementary school. Although he attended Georgetown College initially on an athletic scholarship, he left before graduating and began performing in local bars and clubs before moving to Los Angeles. Eventually, after struggling for a number of years there as well, he caught the attention of Mercury Records and signed with them in the early 1990’s.

Although Billy Ray Cyrus experienced some ups and downs in his popularity, by the mid 2000’s he was collaborating often with his daughter, Miley Cyrus. Through this partnership his career experienced resurgence; In addition to providing the songs “Back to Tennessee” and “Butterfly Fly Away,” a duet with his daughter and both of which appear on the Hannah Montana: The Movie soundtrack, Cyrus also developed the supergroup Brother Clyde alongside musicians Jamie Miller, Samantha Maloney, Dan Knight, and Dave Henning.