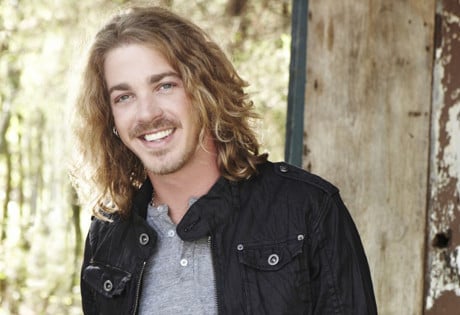 WeddingEntertainment.com makes it easy and trouble-free to check availability and pricing for booking Bucky Covington or any act in the business for your wedding. If we don't book an act for you, our service is free. For over 26 years we have booked and produced thousands of events for our clients worldwide. We can also handle everything necessary to produce the show for one all-inclusive price so there are no surprises. Simply fill out an entertainment request form and a booking agent will contact you to discuss the possibility of booking entertainment for your wedding.

Country music singer Bucky Covington was born William Joel Covington III in 1977 in Rockingham, North Carolina. Long before Covington burst onto the music scene after his successful appearance on American Idol, he grew up inspired by country music, teaching himself to play the guitar, drums, and bass. By the time he was a teenager, Bucky had started performing around town in various clubs. In 2005, he auditioned for American Idol and earned a coveted slot on the show for it’s 5th season.

Covington actually entered American Idol alongside his twin brother. But only Bucky was able to advance to the final twelve, ultimately finishing eighth. Although he didn’t win the competition or finish in the top five, his performances on the show garnered him a recording contract with Lyric Street Records. After signing, Covington entered the studio to work with famed producer Mark Miller (of Sawyer Brown), who helped him to prepare material for a debut album.

Bucky Covington released his self-titled debut in 2007, and it immediately debuted at the number one spot on the country albums charts. The album also spawned the hit singles: “I’ll Walk,” “It’s Good to Be Us,” and “A Different World.” Bucky Covington was followed by Good Guys, which arrived in 2012 and spawned the singles “I Wanna Be That Feeling” and “Drinking Side of Country” (recorded with Shooter Jennings.) In addition, Bucky released the singles “I Want My Life Back,” “Gotta Be Somebody,” and “A Father’s Love (The Only Way He Knew How.)”

Bucky Covington is currently preparing for his next album, expected for release sometime in the next few years. His next single is expected sometime in early 2015, in advance of the album.