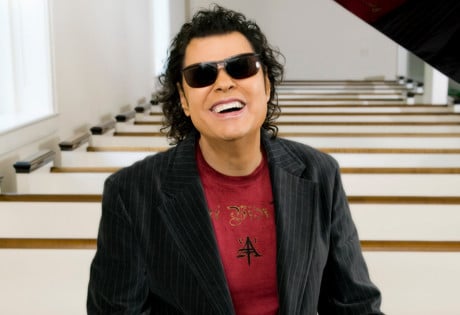 WeddingEntertainment.com makes it easy and trouble-free to check availability and pricing for booking Ronnie Milsap or any act in the business for your wedding. If we don't book an act for you, our service is free. For over 26 years we have booked and produced thousands of events for our clients worldwide. We can also handle everything necessary to produce the show for one all-inclusive price so there are no surprises. Simply fill out an entertainment request form and a booking agent will contact you to discuss the possibility of booking entertainment for your wedding.

Ronnie Milsap was born in 1943 in Robbinsville, North Carolina. A rare medical condition took his eyesight when he was very young, and he spent most of his childhood at the Morehead School for the Blind in Raleigh. The young Milsap showed early signs of musical talent, however, and his instructors at the school began to nurture the young prodigy. He began by studying a variety of instruments and ended up mastering classical piano. Ronnie’s classical instruction did not deter him from a love of rock and roll, though, and by the time he was a teenager, Milsap had formed his first band with some of his classmates.

Despite the offer of a full academic scholarship, after high school graduation Ronnie opted instead to pursue music as his profession full time. “Total Disaster,” Milsap’s first single, was released in the early 1960’s and he began to develop a following in the south. After signing his first recording contract in 1965, Milsap finally enjoyed a chart-topping hit with the song “Never Had it So Good,”  followed by another successful song, “Loving You is a Natural Thing,” before releasing Ronnie Milsap, his debut album, in 1971. But his big breakthrough came in 1973 when he switched over to RCA Records and released “I Hate You,” his first chart topping country song. Additional hits followed in the mid-1970’s (including his iconic “It Was Almost Like a Song”) and by 1978, Ronnie Milsap had grown into one of country music’s biggest stars.

For his contributions to country music, Ronnie Milsap has been recognized with six Grammy Awards, four Academy of Country Music Awards, and eight Country Music Association Awards. Milsap continued to record well into the 1990’s and beyond, releasing three albums in the 1990’s and four more in the new millennium, giving audiences the additional hits:  “Stranger Things Have Happened” (1990), “Are You Lovin’ Me Like I’m Lovin’ You” (1991), “Since I Don’t Have You,” (1991), “Turn that Radio On,” (1991), “All is Fair in Love and War” (1992), “Time, Love and Money” (2000), and “Local Girls” (2006.) Most recently, Ronnie Milsap released Country Again in 2011, featuring the single “If You Don’t Want Me to.” He remains one of country music’s most beloved artists, and continues to tour and perform regularly.