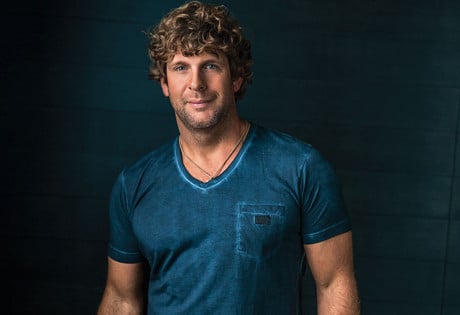 WeddingEntertainment.com makes it easy and trouble-free to check availability and pricing for booking Billy Currington or any act in the business for your wedding. If we don't book an act for you, our service is free. For over 26 years we have booked and produced thousands of events for our clients worldwide. We can also handle everything necessary to produce the show for one all-inclusive price so there are no surprises. Simply fill out an entertainment request form and a booking agent will contact you to discuss the possibility of booking entertainment for your wedding.

Billy Currington was born in 1973 in Savannah, Georgia. Shortly after graduating from high school, he moved from Georgia to Nashville to pursue a career in music. While attempting to make it in the business, he worked a variety of other jobs, one of which eventually brought him the right personal connection to bring him to this breakthrough. While earning a living as a personal trainer, one of Currington’s clients helped him begin work on his demo and it found its way into the hands of the executives at Mercury Records. They signed him in 2003.

Billy Currington, Currington’s debut album, was released in that same year, and spawned the hit single “Walk a Little Straighter,” helping to put the artist on the map. “I Got a Feelin’” also charted well, and then in 2004 his duet with Shania Twain, “Party for Two” also landed on the charts. Since that time, Billy Currington has enjoyed a series of hit albums and singles, including: Doin’ Something Right (2005), Little Bit of Everything (2008), Enjoy Yourself (2010), “Must Be Doin’ Somethin’ Right,” “Why, Why, Why,” “Lucille,” “Tangled Up,” “Don’t,” “People Are Crazy,” “That’s How County Boys Roll,” “Let Me Down Easy,” “Pretty Good at Drinkin’ Beer,” “Love Done Gone,” and “Like My Dog.” In total, Billy Currington’s albums so far have given him six number one hits and a total of nine singles on the charts.

Billy Currington has already earned nominations for Grammy Awards and Academy of Country Music Awards, and he is just getting started. His next album is scheduled for release in 2013, and Currington prepares for future performances and tours.