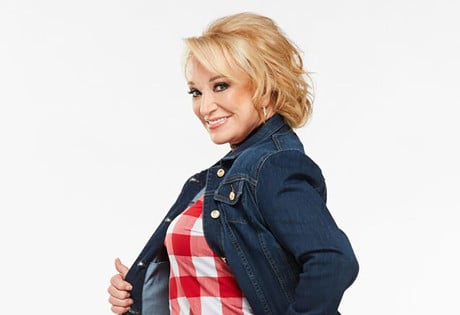 WeddingEntertainment.com makes it easy and trouble-free to check availability and pricing for booking Tanya Tucker or any act in the business for your wedding. If we don't book an act for you, our service is free. For over 26 years we have booked and produced thousands of events for our clients worldwide. We can also handle everything necessary to produce the show for one all-inclusive price so there are no surprises. Simply fill out an entertainment request form and a booking agent will contact you to discuss the possibility of booking entertainment for your wedding.

Tanya Tucker was born in 1958 in Texas but grew up mainly in Arizona. The Tucker family listened to country music, often frequenting live performances in the area, and young Tanya was highly influenced by the music as a child. She began singing early on, and expressed an interest in performing before she was even a teenager, and the Tucker family supported her aspirations by bringing her to auditions whenever possible.

Tanya was selected to perform at a number of state fairs, an opportunity which brought her to the attention of Mel Tillis, with whom she eventually made her live performance debut. By the late 1960’s, the family had relocated to Las Vegas so Tanya could continue performing, and by the early 1970’s, Tucker had signed her first recording contract, while still a young teenager. Her debut single, “Delta Dawn,” was a smash hit in 1972, rising to the top ten of the country charts and even entering the mainstream charts. It also earned her a Grammy nomination for Best Female Country Vocal Performance. Her follow-up, “Love’s the Answer,” was equally successful, and within a short period of time, Tanya Tucker had launched a career that would make her one of country’s most beloved performers.

Albums and number one country singles followed, including: “What’s Your Mama’s Name,” “Blood Red and Goin’ Down,” “Would You Lay with Me (In a Field of Stone),” “Lizzie and the Rainman,” “Here’s Some Love,” “Just Another Love,” “It Won’t Take Less Than Your Love,” “If It Don’t Come Easy,” and “Strong Enough to Bend,” many of which also entered the mainstream charts. For her work, Tanya Tucker has been recognized with multiple award nominations from a variety of programs, including the Academy of Country Music and the Country Music Association, and she’s earned six Grammy nominations for Best Female Country Performance.

Tanya Tucker’s career has lasted into the new millennium, with the release of her albums Tanya (2002) and My Turn (2009), featuring the singles: “ A Memory Like I’m Gonna Be,” “Old Weakness (Coming On Strong),” and “Love’s Gonna Live Here.” CMT has recognized Tucker as one of the Forty Greatest Women of Country Music, and she has branched out beyond country music, publishing her autobiography in 1997 and starring in Tuckerville, her own reality show, in 2005. Tanya Tucker continues to perform and record, often alongside newer country acts.