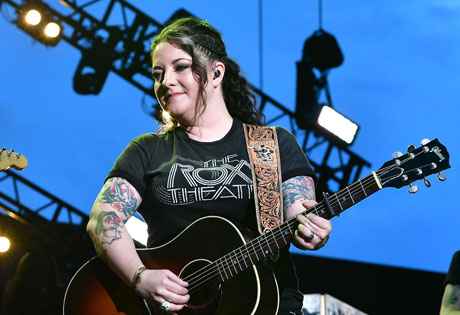 WeddingEntertainment.com makes it easy and trouble-free to check availability and pricing for booking Ashley McBryde or any act in the business for your wedding. If we don't book an act for you, our service is free. For over 26 years we have booked and produced thousands of events for our clients worldwide. We can also handle everything necessary to produce the show for one all-inclusive price so there are no surprises. Simply fill out an entertainment request form and a booking agent will contact you to discuss the possibility of booking entertainment for your wedding.

American country music singer Ashley McBryde was born in 1983 in Arkansas. Ashley spent her formative years growing up in Mammoth Spring, where she learned to play her father’s guitar and began writing her own music as a teenager. While in college, McBryde self-released her first album, just before moving to Nashville to pursue a career as a performer full-time.

McBryde began to garner attention after winning the Country Showdown two years in a row, in 2009 and 2010. A Southern US tour followed, but it was the EP Jalopies & Expensive Guitars, released in 2016, which brought her talents to the intention of record labels and other artists, such as Eric Church, who invited Ashley to perform alongside him at one of his concerts.

Shortly after the performance, Ashley McBryde’s signed with Warner Music Nashville and entered the studio to prepare for her debut album. Before its release, the single

Ashley McBryde recently wrapped production on her next studio album, slated for a 2020 release. The first single off the album, “One Night Standards,” arrived in September of 2019. McBryde also recently received her first Grammy nomination, for Best Country Album.