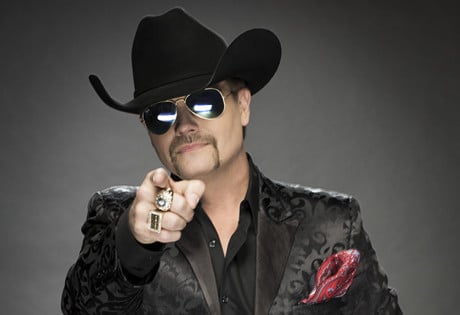 WeddingEntertainment.com makes it easy and trouble-free to check availability and pricing for booking John Rich or any act in the business for your wedding. If we don't book an act for you, our service is free. For over 26 years we have booked and produced thousands of events for our clients worldwide. We can also handle everything necessary to produce the show for one all-inclusive price so there are no surprises. Simply fill out an entertainment request form and a booking agent will contact you to discuss the possibility of booking entertainment for your wedding.

John Rich was born in 1974 and grew up in Tennessee. Shortly after graduating from high school, Rich moved to Nashville and began working at Opryland USA as a singer and performer. The experience at Opryland led to his joining the band Texasee, which would eventually be renamed Lonestar. It’s with Lonestar that Rich rose to fame as the band’s bass guitarist, singer, and occasional songwriting, penning such chart-topping hits as “Say When” and “come Cryin’ to Me.”

Rich left Lonestar in 1998, however, and instead launched a solo career which eventually led to the establishment of the band Big & Rich, alongside musician Big Kenny, in 2002. The duo of Big & Rich placed multiple hit albums and singles on the charts, although John Rich has continued to work as a solo artist as well. As a solo artist, John Rich has released the albums Underneath the Same Food (2006) and Son of a Preacher Man (2009), spawning the hit singles: “I Pray for You,” “Forever Loving You,” “Another You,” “Shuttin’ Detroit Down,” “The Good Lord and the Man,” and “Country Done Come to Town.” In addition, he has worked as a producer and songwriter for such notable artists as John Anderson, Keith Anderson, Gretchen Wilson, and Jewel, and recently contributed tracks to Zakk Wylde’s “The Song Remains Not the Same.”

John Rich has also became a frequent participant on a number of television shows, including the reality series Gone Country, The Next: Fame Is at Your Doorstep, and Nashville Star. Rich also appeared as a contestant on the Celebrity Apprentice, winning the 2011 season.