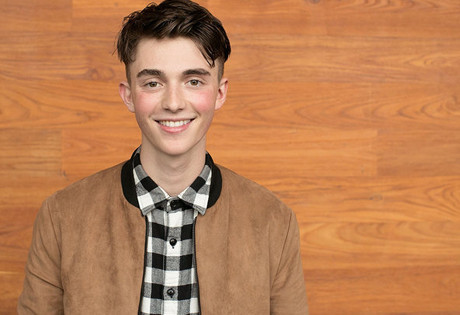 WeddingEntertainment.com makes it easy and trouble-free to check availability and pricing for booking Greyson Chance or any act in the business for your wedding. If we don't book an act for you, our service is free. For over 26 years we have booked and produced thousands of events for our clients worldwide. We can also handle everything necessary to produce the show for one all-inclusive price so there are no surprises. Simply fill out an entertainment request form and a booking agent will contact you to discuss the possibility of booking entertainment for your wedding.

Greyson Chance, born in 1997 in Wichita Falls, Texas, took the world by storm after Ellen Degeneres saw the young man’s piano-based cover of Lady Gaga’s “Paparazzi” through a video posted to YouTube. It wasn’t long before Ellen invited Greyson to perform on her show, and the rest, as they say, is history.

Although the youtube video of Chance’s performance barely made a ripple upon it’s initial posting, after he performed on Ellen, the number of hits rose at lightning speed, eventually exceeding the forty-five million mark. With the support of publicity through celebrities such as Degeneres, Ashton Kutcher, and Ryan Seacrest, Greyson’s youtube channel began to accumulate visitors in the millions, and Ellen Degeneres signed Greyson Chance to her own record label, eleveneleven, so that he might release a debut single and album.  “Waiting Outside the Lines” was released in 2010, and was followed in early 2011 by the album Hold On ‘Til the Night. Since then, Greyson has also released the single “Unfriend You” (May of 2011), and embarked on a number of overseas tours.

With only a few years of piano lessons and no formal vocal training, many see Greyson’s raw talent and auspicious start to his career as a testament to the potential the young man has for a future as a musician. Time will tell, but Chance joins the ranks of Justin Beiber and other contemporary young talents who found a way to self-promote using social media, to extraordinary results. In the meantime, Greyson Chance’s fans eagerly await another album and additional performances, both of which Chance is preparing right now for the near future.