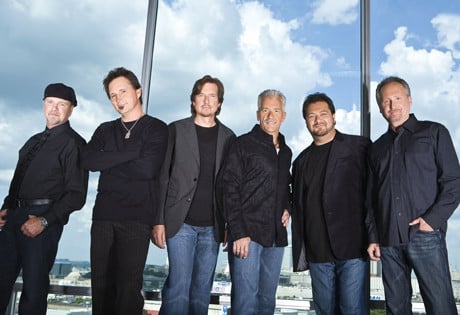 WeddingEntertainment.com makes it easy and trouble-free to check availability and pricing for booking Diamond Rio or any act in the business for your wedding. If we don't book an act for you, our service is free. For over 26 years we have booked and produced thousands of events for our clients worldwide. We can also handle everything necessary to produce the show for one all-inclusive price so there are no surprises. Simply fill out an entertainment request form and a booking agent will contact you to discuss the possibility of booking entertainment for your wedding.

Diamond Rio was formed in the early 1980’s in Nashville, Tennessee. The band released their debut single, “Meet in the Middle,” in the early 1990’s after signing to Arista Records, and it immediately shot to the top of the country charts, making Diamond Rio the first country group to place a debut single at the top of the charts. Since that auspicious beginning, Diamond Rio has placed a staggering thirty-two singles on the country charts and the band is still going strong.

Diamond Rio’s talented members – Gene Johnson, Brian Prout, Marty Roe, Jimmy Olander, Dan Truman, and Dana Williams – have brought their unique blend of country rock, bluegrass, and neo-traditionalist country music to give audiences a series of award-winning albums and singles.  After their debut album, Diamond Rio (1991), they released: Close to the Edge (1992), Love a Little Stronger (1994), IV (1996), Unbelievable (1998), One More Day (2001), Completely (2002), and The Reason (2009), the latter of which brought Diamond Rio into the contemporary Christian genre.  The albums spawned the hit singles, “Norma Jean Riley,” “In a Week or Two,” “Love a Little Stronger,” “Walkin’ Away,” “How Your Love Makes Me Feel,” “Unbelievable,” “One More Day,” “Beautiful Mess,” and “I Believe.”

For their achievements thus far, Diamond Rio has been recognized with a innumerous awards, including: Top Vocal Group (Academy of Country Music, twice awarded); Vocal Group of the Year (Country Music Association, four times awarded); Country Album of the Year (GMA Dove Award); and Best Southern, Country or Bluegrass Gospel Album (Grammy.) The group continues to perform and record with its original lineup and recently left their label, Word Records, in 2014. A new era of independent music was launching, starting with the album I Made It (2015.)