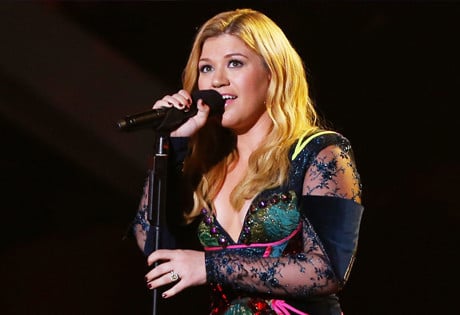 WeddingEntertainment.com makes it easy and trouble-free to check availability and pricing for booking Kelly Clarkson or any act in the business for your wedding. If we don't book an act for you, our service is free. For over 26 years we have booked and produced thousands of events for our clients worldwide. We can also handle everything necessary to produce the show for one all-inclusive price so there are no surprises. Simply fill out an entertainment request form and a booking agent will contact you to discuss the possibility of booking entertainment for your wedding.

Over the years, there have been many American Idol contestants, and not only winners, who have benefited immensely from their exposure on the show. But Kelly Clarkson is special. She was the first.

Born in 1982 in Burleson, Texas, Kelly Clarkson grew up in a middle-class home. Music became an outlet for the young Kelly, who struggled with the family’s unstable financial situations and her parents divorce. One day, a seventh grade teacher overheard her singing and invited her to perform with the school choir. That encouragement was all Kelly needed to pursue her dreams. As the winner of the first American Idol in 2002, Kelly Clarkson walked away from the performance have won the hearts of the American public and also a million dollar recording contract with RCA.

Kelly Clarkson’s first single was released within the year following. “A Moment Like This” hit the charts and rose to number one. Thankful came in 2003, and gave Clarkson her first international hit with “Miss Independent.” Her second album, Breakaway, was equally successful in 2004, and provided the hits “Since U Been Gone, “Because of You,” and the title track, “Breakaway.” Additional albums followed, including the self-produced My December (2007), All I Ever Wanted (2009), and Stronger (2011) with chart-topping singles such as “Never Again,” “My Life Would Suck Without You,” “Mr. Know It all,” and “Stronger (What Doesn’t Kill You),” which went on to become Kelly Clarkson’s most successful single.

Most recently, Kelly Clarkson released the albums Piece by Piece (2015) and Meaning of Life (2017), giving audiences the hit singles “People Like Us,” “Underneath the Tree,” “Heartbeat Song,” and “Piece by Piece.” Today, Clarkson ranks as one of the best-selling performers of the millennium’s first decade. Her talents have garnered her twelve Billboard Music Awards, four American Music Awards, and two Grammies, with album sales exceeding twenty-five million. In addition to her work in music, film, and television, Clarkson has embraced the opportunities to give back to communities and make a difference in areas which are important to her.

A lover of animals and nature, Kelly Clarkson has a ranch for more than eighty abandoned and unwanted animals in Texas. She assists in finding adoptive families for these animals and provides them with medical care.