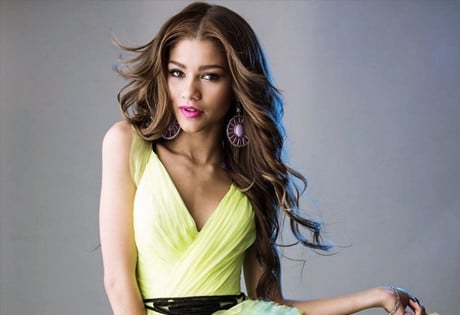 If I hire Zendaya to perform at my wedding, how do I integrate booking Zendaya into my wedding?
Hiring celebrity entertainment for a wedding is a great way to surprise the guests or even the bride or groom. When we book big name acts like Zendaya for weddings, we work closely with the wedding planner beforehand to make sure everything involved with the entertainment integrates seamlessly with the flow of the wedding . Our staff of veteran producers will then be onsite at the wedding to make sure when you book Zendaya for your wedding, everything runs smoothy from load in to load out.

The American actress and singer known as Zendaya was born Zandaya Maree Stoermer Coleman in 1996 in Oakland, California. Zendaya initially rose to prominence in the role of Rocky Blue on the Disney sitcom Shake It Up. But long before her big breakthrough, Zendaya modeled as a child for fashion brands such as Old Navy and Macy’s. Although successful as a child model, Zendaya truly had her sights set on a future career as an actress and musician.

In 2010, Zendaya landed the role which made her famous, and she enjoyed her performance as Rocky Blue up through 2013. During the years in which she appeared on the show, Zendaya released her debut single, “Swag It Out,” and her first charting song, “Watch Me,” featuring Bella Thorne. Additional singles during this time period include: “Made in Japan,” “Fashion in Krytonite,” and “Same Heart.” Zendaya also made her big screen debut in the Disney film Frenemies in 2012, and – at the age of sixteen – became the youngest contestant ever to compete on Dancing with the Stars.

After leaving Shake It Up, Zendaya signed her first major label deal with Hollywood Records and released her self-titled debut album in 2013. The album featured the top forty charting single, “Replay,” and earned Zendaya multiple award nominations from the Young Artists Awards, Teen Choice Awards, Kids Choice Awards, and Radio Disney Music Awards. Later that same year, Zendaya published her first book (Between U and Me: How to Rock Your Tween Years with Style and Confidence), and launched her own fashion line.

Today, Zendaya continues as an artist in the rise, both as a musician and an actress. Her most recent film appearance is in the role of Michelle in Spider-Man: Homecoming. She is also scheduled to appear in the role of Anne in The Greatest Showman, and as the voice of Chi in Duck Duck Goose, slated for release in 2018.