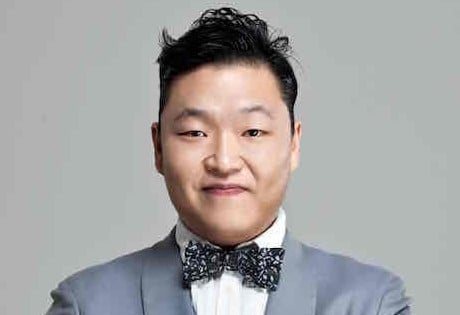 Looking to book PSY entertainment for a wedding anywhere worldwide?

WeddingEntertainment.com makes it easy and trouble-free to check availability and pricing for booking PSY or any act in the business for your wedding. If we don't book an act for you, our service is free. For over 26 years we have booked and produced thousands of events for our clients worldwide. We can also handle everything necessary to produce the show for one all-inclusive price so there are no surprises. Simply fill out an entertainment request form and a booking agent will contact you to discuss the possibility of booking entertainment for your wedding.

The South Korean performer and producer known as PSY was born Park Jae-sang in Seoul in 1977. Even as a child, young PSY established himself in class as the “entertainer,” frequently making jokes and often frustrating his teachers, although by the time he was a teenager his ability to make people laugh was starting to pay off.

Originally, PSY moved to the United States to study business administration at Boston University, but instead he turned his attention to music and eventually left the university to attend Berklee College of Music. PSY’s time at Berklee was also short lived, however, and he returned to South Korea to pursue a full-time career as an entertainer. A performance on television in 2000 caught the attention of a producer, and PSY’s career was launched.

PSY’s debut album, PSY from the Psycho World!, was released in 2001, although it stirred up quite a bit of controversy in his homeland for its edgy content. PSY’s sophomore effort, Sa 2, saw great success, due in part to the song “Champion,” but the album itself faced restricted sales to minors. Despite the challenges, PSY earned multiple awards at that year’s Seoul Music Award, although his international breakthrough would not arrive for another decade or so. Between 2002 and 2010, PSY released the albums 3 Mi (2002), Ssajib (2006), and PsyFive (2010), giving audiences the singles: “Paradise,” “Home Run,” “Someday,” “Delight,” “Father,” “We Are the One,” “Entertainer,” “Beautiful Goodbye 2,” “In My Eyes,” “Right Now,” “Thank You,” and “Korea,” but it was the song “Gangnam Style,” released in 2012 off the album Psy 6 (Six Rules), Part 1, that brought PSY to international attention and acclaim. Thanks in part to YouTube, the song became among the most viewed worldwide, going viral and bringing PSY to the United States once again.

Since “Gangnam Style’s” rise, PSY has appeared on Saturday Night Live and The Today Show, performing live to audiences in New York City, and he’s signed his first American-based contract with Schoolboy Records. Now considered to be an international smash hit and sensation, PSY has multiple projects on the table for the near future, including a big screen debut and multiple live performances around the world. His most recent release, “Gentleman,” has proven to be nearly as successful as “Gangman’s Style,” and PSY recently performed the song on both Dancing with the Stars and American Idol.