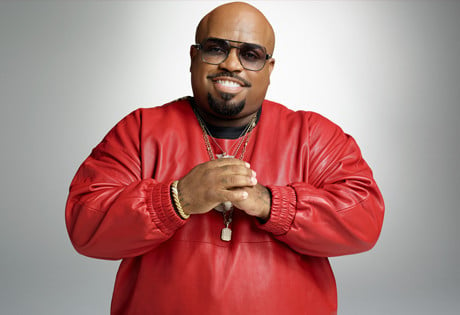 WeddingEntertainment.com makes it easy and trouble-free to check availability and pricing for booking Cee Lo Green or any act in the business for your wedding. If we don't book an act for you, our service is free. For over 26 years we have booked and produced thousands of events for our clients worldwide. We can also handle everything necessary to produce the show for one all-inclusive price so there are no surprises. Simply fill out an entertainment request form and a booking agent will contact you to discuss the possibility of booking entertainment for your wedding.

Cee Lo Green (born Thomas DeCarlo Calloway on May 30, 1974) is an American hip-hop/funk/soul and R&B musician. He is a singer, rapper, songwriter and record producer, best known as a member of Gnarls Barkley, Goodie MoB, and Dungeon Family. He has also recorded two successful solo LPs, Cee-Lo Green and His Perfect Imperfections, (2002) Cee-Lo Green? Is The Soul Machine, (2004) and is completing a follow-up album Lady Killer, due for release in fall 2010. Among Cee-Lo?s solo hits are the singles ?Closet Freak? (2002) and ?I?ll Be Around? (2003), produced by and featuring Timbaland. His newest hit is ?Fuck You? (2010).

Born in Atlanta, Georgia, he is one of a number of artists to successfully record as both a rapper and singer. He has appeared as a featured singing vocalist on songs by artists such as Esthero, Common, Carlos Santana, Royce Da 5?9?, Twista, OutKast, Seeed, Black Eyed Peas, DANGERDOOM, CunninLynguists and Trick Daddy, and sings background vocals on labelmates TLC?s #1 hit single ?Waterfalls?.

His successes as a songwriter and producer include the 2005 hit single ?Don?t Cha?, recorded by The Pussycat Dolls and Busta Rhymes. Gnarls Barkley first collaborative album, St. Elsewhere, was released on April 24, 2006 in the United Kingdom and May 2, 2006 in the United States. St. Elsewhere entered the charts at #1 in the UK, as did the first single ?Crazy?. ?Crazy? was the first single to go straight to #1 in the UK based on digital download sales alone. The album is Cee-Lo?s greatest selling venture yet, having shipped over 1 million copies in the United States according to Nielsen SoundScan.