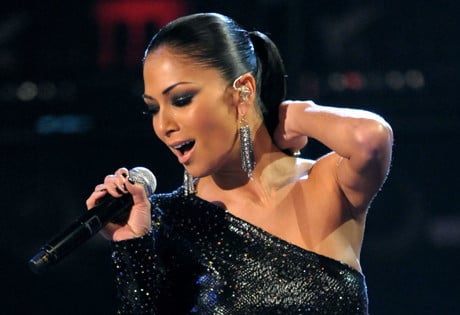 Look no further than WeddingEntertainment.com! We make it easy and stress-free to check availability and pricing for booking Nicole Scherzinger or any other act in the business. With over 26 years of experience in the industry, we have booked and produced thousands of events for clients worldwide.

The singer-songwriter Nicole Scherzinger was born in 1978 in Honolulu, Hawaii. Long before she rose to fame as a member of the Pussycat Dolls, Nicole spent much of her youth with her mother’s family in Kentucky, attending a local performing arts school and performing around town in local theaters. Scherzinger opted for musical theater as her major when she attended university, and her college years are marked by appearances in such plays as Show Boat and Chicago.

In 2001, Scherzinger competed on the WB’s Popstars, winning the show as part of the group Eden’s Crush. Shortly after, Eden’s Crush went on to release the top ten hit “Get Over Yourself,” although the group had split within a year. Nicole’s big breakthrough came after auditioning to be a member of the Pussycat Dolls, however, which was assembled in 2003 by creator Robin Antin in conjunction with Interscope Records. Scherzinger took over as the group’s lead singer, and the Pussycat Dolls released their debut album, PCD, in 2005.

The album was a smash hit, reaching multi-platinum status and landing the singles “Don’t Cha,” “Beep,” “Buttons,” and “Stickwitu” on the charts, the latter of which also garnering the band a Grammy nomination for Best Pop Performance by a Duo or Group. While still performing with the Pussycat Dolls, Nicole began collaborating with other musicians on side projects, including Diddy on his song “Come to Me.” Eventually, Scherzinger released her solo debut, the song “Whatever U Like,” followed by “Baby Love.” But it wasn’t until Nicole was selected to record an American version of the song “Jai Ho,” featured in the smash hit film Slumdog Millionaire, that Nicole’s career as a solo artist began to take off.

In 2011, Nicole Scherzinger finally released Killer Love, her debut solo album. The album featured the top-charting songs “Poison” and “Don’t Hold Your Breath,” and launched Nicole’s first major solo tour, the Killer Love Tour, in 2012. Since then, Nicole Scherzinger has pursued both acting and music with great success, appearing in the film Men in Black 3 and joining the judging team of the X Factor UK.  Most recently, Nicole Sherzinger released the first single from her next studio album, “Boomerang,” shortly before signing a multi-million dollar deal with Sony Music Entertainment.