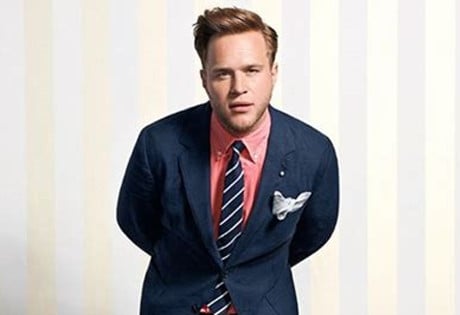 WeddingEntertainment.com makes it easy and trouble-free to check availability and pricing for booking Olly Murs or any act in the business for your wedding. If we don't book an act for you, our service is free. For over 26 years we have booked and produced thousands of events for our clients worldwide. We can also handle everything necessary to produce the show for one all-inclusive price so there are no surprises. Simply fill out an entertainment request form and a booking agent will contact you to discuss the possibility of booking entertainment for your wedding.

The English singer, actor, and television personality Olly Murs was born in 1984 in Essex. Murs didn’t initially plan for a career as an entertainer; in high school he excelled in athletics, particularly football, but in 2009 Olly auditioned for The X Factor, performing Stevie Wonder’s “Superstition.” His performance was so remarkable that all the judges – even Simon Cowell – enthusiastically gave him the “yes” to move forward.

Olly Murs ultimately finished The X Factor as the season’s runner-up, but garnered a deal Epic Records almost immediately after. In 2010, Murs released his debut single, “Please Don’t Let Me Go,” which was a number one hit in the UK. The debut album, Olly Murs, followed later that year and not only rose to the number two spot in the UK, but also earned Murs BRIT Award nominations for British Single of the Year but also BBC Radio 1 Teen Award wins for Best British Album and Best British Solo Artist.

Olly Murs followed his debut album with the equally successful album In Case You Didn’t Know (2011), but it was his third album, Right Place Right Time, that became his internationally breakthrough upon its release in 2012. The album rose into the top twenty not only internationally, but also in the United States. Right Place Right Time spawned the hit single “Troublemaker” (featuring Flo Rida), which reached into the top five throughout the globe and into the top forty in the United States.

Since that time, Olly Murs has released the additional albums Never Been Better (2014), and 24 Hrs (2016.) Notable additional singles from Murs include: “Army of Two,” “Dear Darlin,” “Right Place Right Time,” “Hand on Heart,” “Up” (featuring Demi Lovato), “Seasons,” and “You Don’t Know Love.” Collectively, Olly Murs has so far been recognized with three additional BRIT Award nominations for British Single of the Year (for “Troublemaker,” “Dear Darlin,” and “Up”), and one BRIT Award nomination for British Male Solo Artist.