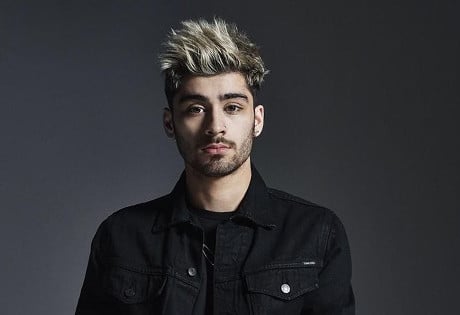 If I hire Zyan Malik to perform at my wedding, how do I integrate booking Zyan Malik into my wedding?
Hiring celebrity entertainment for a wedding is a great way to surprise the guests or even the bride or groom. When we book big name acts like Zyan Malik for weddings, we work closely with the wedding planner beforehand to make sure everything involved with the entertainment integrates seamlessly with the flow of the wedding . Our staff of veteran producers will then be onsite at the wedding to make sure when you book Zyan Malik for your wedding, everything runs smoothy from load in to load out.

The English singer and songwriter Zayn Malik was born in 1993 in West Yorkshire, England. Zayn initially rose to prominence after he competed on The X Factor as a solo performer in 2010. After his elimination, he was teamed up with Louis Tomlinson, Liam Payne, Niall Horan, and Harry Styles to form One Direction. The rest, as they say, is history.

Zayn Malik grew up in the working-class neighborhood of East Bowling, Bradford, with his three sisters and his parents. Zayn was active in the performing arts throughout his formative years, and he began writing his own music – mainly raps – when he was in his early teens. Influenced by his father’s love of reggae, hip hop, and R&B, he crafted his own style and began singing publicly at school events and performances in his mid teens. His decision to compete on The X Factor was the turning point in his life, and one which set the course for his future career.

With One Direction, Zayn Malik became part of a “boy band” revival that gave the era one of its most successful pop acts. One Direction enjoyed immeasurable success with four albums – Up All Night (2011), Take Me Home (2012), Midnight Memories (2013), and Four (2014), and even served as co-writer on some of the groups mega hits, such as, “Story of My Life,” “Night Changes,” “Last First Kiss,” and “Irresistible.”

In 2015, Zayn Malik announced his departure from One Direction to launch a solo career. One year later, he released the album, Mind of Mine, which rose to the number one spot internationally, and featured the top five international hit “Pillowtalk.” A second single from the album, “Like I Would,” rose into the top forty internationally.