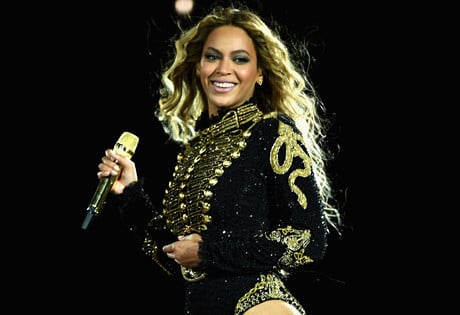 Looking to book Beyoncé entertainment for a wedding anywhere worldwide?

WeddingEntertainment.com makes it easy and trouble-free to check availability and pricing for booking Beyoncé or any act in the business for your wedding. If we don't book an act for you, our service is free. For over 26 years we have booked and produced thousands of events for our clients worldwide. We can also handle everything necessary to produce the show for one all-inclusive price so there are no surprises. Simply fill out an entertainment request form and a booking agent will contact you to discuss the possibility of booking entertainment for your wedding.

An early love for artists such as the Jackson 5 and the Supremes sparked the passion for music that would lead Beyonce Knowles to the eventually superstardom we associate with her today. It was as a member of Destiny’s Child that Beyonce first launched her career in 1998, but in 2003 her debut solo album, Dangerously in Love, rocketed Beyonce Knowles to stardom. The album eventually went quadruple platinum after debuting at number one on the charts. Eventually, the album would bring Beyonce four Grammy awards.

B’Day was released in 2006 and also debuted at number one, and again garnered Beyonce Knowles another Grammy Award, this time for Best Contemporary R&B Album. Two years later, Knowles made her starring debut in the movie Cadillac Records in the role of Etta James, solidifying Beyonce as both an actress and a singer.

4, Beyonce Knowles’ fourth studio album, was released in 2011. The album is said to have been inspired by a variety of musicians, including Michael Jackson, Lauryn Hill, and Stevie Wonder.  The singles “Run the World (Girls)” and “Best Thing I Never Had” hit the charts at number twenty-nine and sixteen, respectively. The album Beyonce followed in 2013, and then the smash-hit video/music project titled Lemonade, consisting of a one-hour film which aired on HBO and an album by the same name. Lemonade remains Beyonce’s most critically acclaimed project to date, earning her nine Grammy nominations and record-breaking sales and downloads.

Ultimately, Beyonce Knowles ranks as one of the most recognized, acclaimed, and award-nominated female performers in history. In 2009, Billboard tapped her as the top Female Artist of the 2000’s and Forbes listed her as the most powerful entertainer of the year 2015.