New Kids on the Block

New Kids on the Block 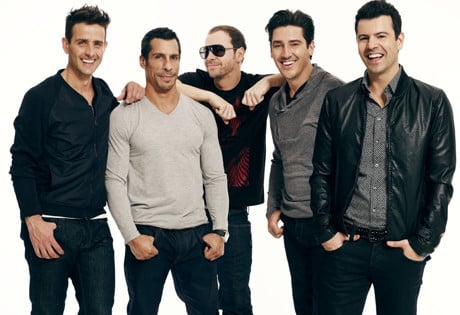 Looking to book New Kids on the Block entertainment for a wedding anywhere worldwide?

WeddingEntertainment.com makes it easy and trouble-free to check availability and pricing for booking New Kids on the Block or any act in the business for your wedding. If we don't book an act for you, our service is free. For over 26 years we have booked and produced thousands of events for our clients worldwide. We can also handle everything necessary to produce the show for one all-inclusive price so there are no surprises. Simply fill out an entertainment request form and a booking agent will contact you to discuss the possibility of booking entertainment for your wedding.

New Kids on the Block FAQs

New Kids on the Block Biography

New Kids on the Block Biography

When Maurice Starr set out to assemble yet another “boy band” after the success of New Edition, he could not possibly have known that it would be New Kids on the Block which would pave the way for the craze which would follow for decades, influencing future groups such as the Backstreet Boys and *NSYNC.

With a tried and true formula for assembling a five-member group, in 1985 Maurice Starr brought together Danny Wood, Jordan and Jon Knight, Donnie Wahlberg, and Joey McIntyre after a Boston-based talent search. The boys launched full-force into a music contract when even the oldest members of the group were barely sixteen, and Joey McIntyre was an incredibly young twelve. New Kids on the Block was released in 1986, to moderate success.

New Kids found themselves rocketed to stardom on the release of their second album, though. On the strength of its strong singles, including “I’ll Be Loving You Forever,” Hangin’ Tough was a monster success, selling eight million copies, climbing to multi-platinum status and bringing the New Kids on the Block debut album along for the ride. Step by Step followed in 1990, selling three million copies in the United States but an additional sixteen million worldwide. A tour followed, and New Kids on the Block found a new financial outlet to help them become the highest paid entertainers of 1990. Through a telephone hotline and various other creative advertising outlets, the New Kids sold four hundred million dollars of merchandise (lunch boxes, dolls, bed sheets, etc.), in addition to their record and ticket sales.

But Step by Step would prove to be the sunset of the group’s worldwide dominance. After a bit of hiatus, New Kids on the Block attempted a comeback in 1994, re-naming themselves NKOTB and returning with Face the Music. While the album demonstrating some mature talent and credibility, they’d reached the point where their fan base had outgrown them, and so the members disbanded and moved on to independent projects, including solo careers for Jordan Knight and Joey McIntyre and a film and television acting career for Donnie Wahlberg.

A surprise reunion in 2008, however, brought them to a new generation of fans and tapped into the nostalgic appeal of NKOTB for older fans. A new album, The Block, was released, followed by a supporting tour, and New Kids on the Block found themselves once again on the billboard charts, selling more than 100,000 copies in their first week of release.  The singles “Summertime” and “Single” both charted.

Since that time, New Kids on the Block have continued to perform and record, with additional tours scheduled for nearly every year since 2010. The album 10 arrived in 2013, featuring the single “Remix (I Like The),” followed by the 2017 EP Thankful, featuring the single “One More Night.” In 2011 they also joined forces with the Backstreet Boys to create the “supergroup” NKOTBSB. Most recently, New Kids on the Block completed their 2017 Total Package Tour, which brought them to international performances around the globe.