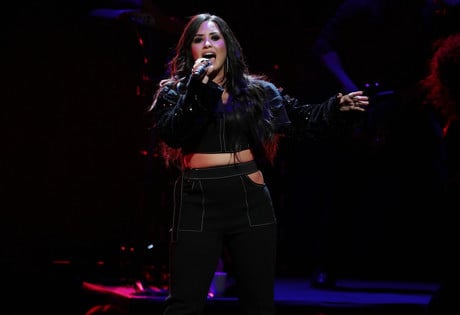 WeddingEntertainment.com makes it easy and trouble-free to check availability and pricing for booking Demi Lovato or any act in the business for your wedding. If we don't book an act for you, our service is free. For over 26 years we have booked and produced thousands of events for our clients worldwide. We can also handle everything necessary to produce the show for one all-inclusive price so there are no surprises. Simply fill out an entertainment request form and a booking agent will contact you to discuss the possibility of booking entertainment for your wedding.

Born in 1992 in Dallas, Texas, Demetria Devonne “Demi” Lovato’s earliest role was starring as Angela on the series Barney & Friends when she was only six. It would be another fourteen years before she returned to performing, but when she landed the role of Danielle Curtin in an episode of Prison Break, it was clear that she’d grown into a talented performer.

A role in Disney’s five-minute short series As The Bell Rings came next, and then her breakout came with starring roles in Disney’s Camp Rock movies and the sitcom Sonny with a Chance. Her music career was launched with As The Bell Rings, when some of her original songs were included in the series episodes.  She provided vocals for Camp Rock as well, for four of the soundtrack’s songs, including “This is Me,” “Our Time Is Here,” “We Rock,” and “Who Will I Be.” The soundtrack went on to sell over one million copies, going platinum, and Demi Lovato found herself with a record deal, signing with Hollywood Records.

In 2008, Demi Lovato prepared for the release of her debut album and performed with the Jonas Brothers on their tour. Don’t Forget was released in September of that year; the Jonas Brothers co-wrote and co-produced much of the album. On the strength of it first single, “Get Back,” it sold nearly 100,000 copies in its first week and found a home at number two on the charts. Since that time, Lovato has released the albums Here We go Again (2009), Unbroken (2011), Demi (2013), and Confident (2015), featuring the singles: “Cool for the Summer,” “ Heart Attack,” “ Made in the USA,” “Neon Lights,” “Really Don’t Care,” and “Stone Cold,”

In addition to her career in music, Demi Lovato is also the spokesperson for a variety of charities and campaigns, including PACER (an anti-bullying organization), Join the Surge, DoSomething.Org, and Disney’s Friends for Change. An avid writer, Demi Lovato is also a contributing editor to Seventeen Magazine and the author of the books Staying Strong: 365 Days a Year and Demi. As if that were not enough, she has also executive produced two documentaries, Beyond Silence—which follows the lives of individuals with mental illness—and the 2017 documentary I Am: Demi Lovato.

Demi Lovato is showing no signs of slowing down in any of her entertainment endeavors, whether music, film, or print. She most recently released her sixth studio album, Tell Me You Love Me, in 2017.