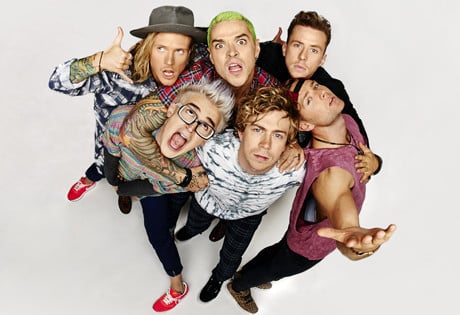 Looking to book McBusted entertainment for a wedding anywhere worldwide?

WeddingEntertainment.com makes it easy and trouble-free to check availability and pricing for booking McBusted or any act in the business for your wedding. If we don't book an act for you, our service is free. For over 26 years we have booked and produced thousands of events for our clients worldwide. We can also handle everything necessary to produce the show for one all-inclusive price so there are no surprises. Simply fill out an entertainment request form and a booking agent will contact you to discuss the possibility of booking entertainment for your wedding.

The English pop rock band known as McBusted was established in 2013, created by members of the bands Busted and McFly. The two groups had performed at the same venues a number of times, and individual members would on occasion sit in and join each other’s performances as special guests. McBusted began a small arena tour in 2014, with eleven shows initially, although the success of ticket sales prompted extra dates to be added.

Between April and June of 2014, McBusted performed for sold-out venues, exceeding the success of both individual groups. In July, McBusted joined Five, Scouting for Girls, and the Backstreet Boys on tour, and the group also served as a supporting act for One Direction for a few dates during the summer. A concert film, Tourplay, chronicles McBusted’s hectic schedule and sudden success during this time.

In December of 2014, McBusted finally released its long-awaited self-titled debut album, and it rose into the top ten on the UK charts. The album features the top twenty UK single “Air Guitar,” plus the additional song “Get Over It,” scheduled for released as a single in 2015. McBusted plans on moving forward from here, with the lineup of: Harry Judd, Dougie Poynter, Tom Fletcher, Danny Jones, Matt Willis, and James Bourne.