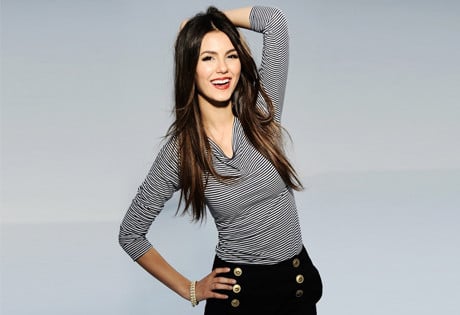 WeddingEntertainment.com makes it easy and trouble-free to check availability and pricing for booking Victoria Justice or any act in the business for your wedding. If we don't book an act for you, our service is free. For over 26 years we have booked and produced thousands of events for our clients worldwide. We can also handle everything necessary to produce the show for one all-inclusive price so there are no surprises. Simply fill out an entertainment request form and a booking agent will contact you to discuss the possibility of booking entertainment for your wedding.

The American actress and singer Victoria Justice was born in 1993 in Hollywood, Florida. When Victoria was still in elementary school, her family moved to California, where she entered the Los Angeles Millikan Performing Arts Academy. Victoria Justice began acting in commercials small parts in television shows such as Gilmore Girls and The Suite Life of Zack & Cody.

Justice made her big screen debut in the film Mary (2005), which was a big hit on the film festival circuit in 2005, making appearances at the Toronto Film Festival and Venice Film Festival. Later that year, Victoria Justice earned the role of Lola Martinez on the Nickelodeon series Zoey 101, and in 2008, she launched a career as a solo artist, recording and releasing a cover of Vanessa Carlton’s song “A Thousand Miles.”

Since that time, Victoria Justice has appeared in a number of different shows for the Nickelodeon channel, including iCarly, The Troop, VP, True Jackson, and Victorious, her own show on the network. The show features original music by Justice, and has launched a number of hits, including the songs: “Freak the Freak Out,” “Best Friend’s Brother,” “Beggin’ on Your Knees,” and “You’re the Reason.” The singles are frequently released on soundtracks for the show, which so far comprise three albums: Victorious (2011), Victorious 2.0 (2012), and Victorious 3.0 (2012.) In recent years, Victoria has also appeared in the additional films: The Kings of Appletown (2008), The First Time (2012), Fun Size (2012), and Jungle Master (2013.)

Most recently, Victoria Justice began her starring role in the MTV Series, Eye Candy, in 2015. She also appeared in two additional films that year: Naomi and Ely’s No Kiss List and The Outskirts.