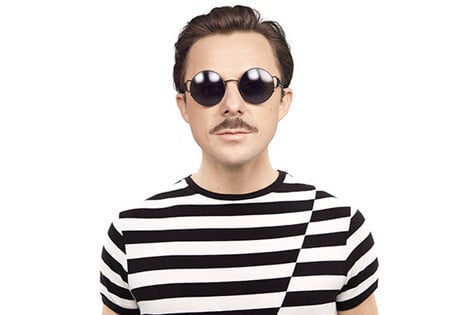 WeddingEntertainment.com makes it easy and trouble-free to check availability and pricing for booking Martin Solveig or any act in the business for your wedding. If we don't book an act for you, our service is free. For over 26 years we have booked and produced thousands of events for our clients worldwide. We can also handle everything necessary to produce the show for one all-inclusive price so there are no surprises. Simply fill out an entertainment request form and a booking agent will contact you to discuss the possibility of booking entertainment for your wedding.

Martin Solveig is originally from Paris, France but has taken his talents to the United States because of the amazing opportunities that were presented for him. Solveig is a DJ, singer, songwriter and record producer. Before coming to the United States, Solveig had a radio show back in France that included his personal label Mixture Stereophonic. Another interesting fact about Martin Solveig is that he has worked with Madonna at a point in his career.

Solveig’s style includes a mixture of house and future house music. His career started when he was only eighteen and began to perform at local nightclubs in Paris. Solveig had his first album, Sur la Terre, released around the middle of June 2002. This album included songs like “Rocking Music,” and “I’m a Good Man.” This album really got his feet wet in the industry and got many other artists to know his name. A few years after his first successful album, Solveig released another album in 2005 called Hedonist. This album had hit the charts in France for its amazing quality and popularity.

With his career rolling, Solveig was confident in his fans and his audiences at live performances. Solveig was well on his way to producing a third album, which came out in 2008. A great song that came out of this album, C’est la Vie, is “I Want You.” Solveig’s forth album Boys & Girls, came out with a hit single “One 2.3 Four.” These songs are all similar in the style that they were created as they all give off great vibes and make you want to get up and do something!

Although his first four albums were successful, there was nothing that could compare to his album Smash, released in 2010. This album had the single “Hello,” in it, which was one of his most successful songs ever. Hello had topped the charts ranking number one in multiple countries internationally like Austria, Belgium, Czech Republic, and the Netherlands.

Solveig’s music is extremely upbeat and fun, bouncy and happy. His music makes you want to get up and dance for sure. He was able to DJ for the MTV Movie Awards in 2012.

Along with working with other DJ’s, Solveig released a single in 2013, “Hey Now,” featuring The Cataracs. Not only did this open their relations in the music industry, but the hit single topped the charts just like every other one they have produced!

As for recently, Solveig has been at it again with another single released this past year, “Do It Right,” with lyrics sung by Tkay Maidza. This song is super catchy and can get anyone up and singing or dancing. The sexual tension that song creates can provide any dance floor with the flirtiest vibes ever!

Catch Martin Solveig through his social media platforms on Facebook, Instagram and Twitter as well as listening to his music free on SoundCloud.Solveig has become a hit sensation within the last decade and he will continue his success with the years to come.