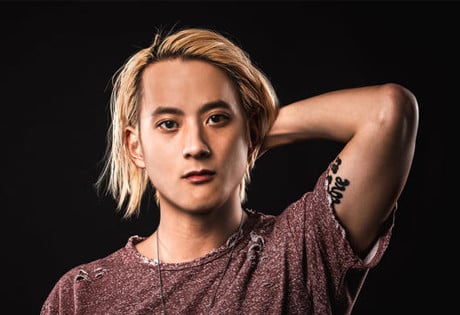 Looking to book ZHU entertainment for a wedding anywhere worldwide?

WeddingEntertainment.com makes it easy and trouble-free to check availability and pricing for booking ZHU or any act in the business for your wedding. If we don't book an act for you, our service is free. For over 26 years we have booked and produced thousands of events for our clients worldwide. We can also handle everything necessary to produce the show for one all-inclusive price so there are no surprises. Simply fill out an entertainment request form and a booking agent will contact you to discuss the possibility of booking entertainment for your wedding.

Zhu is most widely known for his hit single, “Faded,” that appears in the extended play, “The Nightday.” This song has been released in many countries all over the world. Something that started Zhu’s fame was when he released his remix to an OutKast song without revealing his name. However, his hit single “Faded” was released shortly after the anonymous post and his secret was out. Zhu is extremely talented and is definitely an artist to watch out for in the years to come.

With the talent that Zhu expresses, he was able to work with other talented artists like A-Trak, Skrillex and Gallant. These artists helped Zhu become even better than he already was. After these lessons is when Zhu came out with his awesome album. Generationwhy includes hit singles like “Cold Blooded,” “Secret Weapon,” and “One Minute to Midnight.” In total, this album contains fourteen tracks that will have you wanting even more. The passion Zhu expresses when he performs is unlike any other performer out there. Having working with BBC Radio 1, Zhu knows what his audience is looking for and he makes sure to bring that to every live performance he does. Zhu was able to give sneak peak details to his listeners about his forty-minute set that was about to be released.

With the New Year coming up, Zhu plans to travel the globe and visit cities like Ibiza, Amsterdam, London and Paris. If you are on that side of the pond you should certainly grab some tickets to see Zhu as he is an insanely amazing live performer you will not want to miss.

The beat that Zhu is able to put together to form the music he makes is something unlike anything I have ever heard before. His sounds are unique and his performance is unforgettable.
Going back to “Faded,” Zhu’s top hit, the song topped numerous charts in a few countries. The song was nominated for a Grammy in America and was given platinum status in Australia.

In early 2016, before his new album Generationwhy was even announced, Zhu had released a single “In The Morning” that had fans going wild. Later they found out that was the start of his new album and everyone was thrilled to say the least. Zhu also performed at the famous music festival Coachella in California this past year as well. The reviews Zhu received from his memorable performance at the festival were certainly great ones.