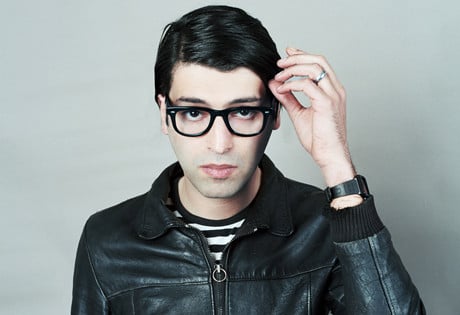 WeddingEntertainment.com makes it easy and trouble-free to check availability and pricing for booking Erol Alkan or any act in the business for your wedding. If we don't book an act for you, our service is free. For over 26 years we have booked and produced thousands of events for our clients worldwide. We can also handle everything necessary to produce the show for one all-inclusive price so there are no surprises. Simply fill out an entertainment request form and a booking agent will contact you to discuss the possibility of booking entertainment for your wedding.

The London-based DJ Erol Alkan was born in 1974. While in his early twenties, Alkan began performing around the London scene in a variety of nightclubs, and he slowly began to establish a following. Within a few years, Erol established his own club, called Trash, which went on to become one of the most famous in the area during the late 1990’s. Erol Alkan performed regularly at his club, often alongside performances by many notable rising stars, but he also began to DJ outside of the venue in other environments, focusing heavily on dance music.

By 2003, Erol Alkan was receiving industry-wide recognition, including Muzik Magazine’s award for Best Breakthrough DJ. Additional awards followed, but around the same time, Erol Alkan began crafting remixes, a move which would lead to his big international breakthrough. Among his earliest was a remix of “Can’t Get You Out Of My Head” ( Kylie Minogue), but he also mixed “Blue Monday” (New Order); “Believe” (The Chemical Brothers); “Do You Want To” (Franz Ferdinand); “The Brainwasher” ( Daft Punk); “I Don’t Feel Like Dancin” (Scissor Sisters); “Golden Skans” (Klaxons); “Zero” (Yeah Yeah Yeahs); “Congratulations” (MGMT); and “Sweet Dreams” ( Eurythmics), to name a few.

With Beyond the Wizards Sleeve, the psychedelic rock group to which Erol Alkan also belongs, he has also mixed music from Badly Drawn Boy, Tracey Thorn, The Real Ones, Goldfrapp, Simian Mobile Disco, and De De Mouse, to name a few. He has also served as producer for a number of notable groups, including The Long Blondes, Mystery Jets, Klaxons, Late of the Pier, Whitey, Daniel Avery, and Kindness. Most recently, Erol Alkan has formed Pharntasy, his own record label, to record, produce, and release his own materials. The first singles released on the label were “Lemonade,” “Avalanche,” “Waves,” and “Death Suite.”