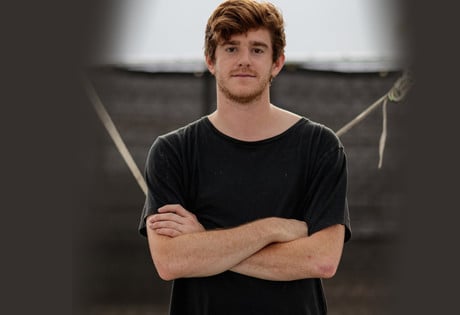 Looking to book NGHTMRE entertainment for a wedding anywhere worldwide?

Look no further than WeddingEntertainment.com! We make it easy and stress-free to check availability and pricing for booking NGHTMRE or any other act in the business. With over 26 years of experience in the industry, we have booked and produced thousands of events for clients worldwide.

NGHTMRE is a one-man show otherwise know as Tyler Marenyi. He has become a worldwide sensation due to his talent and frequent appearances in several music festivals across the country. NGHTMRE has performed live at Lollapalooza, Electric Daisy Carnival this past year in Las Vegas, TomorrowWorld, Snow Globe and LifeInColor Festival.

Ironically, in an interview Tyler stated how he used to hate public speaking and how found his niche in writing music. After going to a conservative school having been told what to do and how to do it, Tyler wanted to do something that he had a passion for, not someone else. So, after gaining a Finance degree in college, NGHTMRE (at the time Tyler) set out to California to pursue his dreams.

NGHTMRE’s first major appearance was at the Electric Daisy Carnival in Las Vegas. His appearance stunned his audience, overloading his Twitter account with amazing feedback. Along with traveling the United States, NGHTMRE traveled the globe stopping in Australia and China.

NGHTMRE is more widely known for his talents creating mash-ups for Mad Decent. Mad Decent is a very famous record label that also hosts a yearly music festival. One of NGHTMRE’s hit singles is called “Street” became extremely popular over the summer it came out. NGHTMRE uses a lot of really unique sounds and samples to make his music. He uses materials from everyday life or noises you would never think would be able to make into music and he does it and makes it look easy all at once. For example, he used pots and pans to create sounds for songs by hitting spoons against them at different angles. NGHTMRE songs are completely originally an unlike anything you have probably heard so far.

With his immense talent that brought NGHTMRE his personal fame and fortune, he was given the nickname “ Skrillex 2.0” by fans and followers. This was an honor since NGHTMRE’s songs topped the charts at number one for numerous weeks in a row.

In 2016, NGHTMRE is said to go on an international tour working with multiple names in the music industry. With his years of experience, NGHTMRE is said to be one of the mot successful artists of this decade. The amount of talent that one person can produce is insane and will have crowds at concerts going wild.

Some songs that NGHTMRE recently released in 2016 are “Feel Your Love,” “Burn Out,” and “Hold Me Close.” Hold Me Close has a great tune to it making the audience feel the music and relate to the honest lyrics he writes.