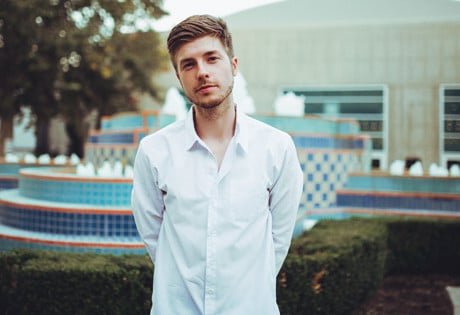 Looking to book Lido entertainment for a wedding anywhere worldwide?

Look no further than WeddingEntertainment.com! We make it easy and stress-free to check availability and pricing for booking Lido or any other act in the business. With over 26 years of experience in the industry, we have booked and produced thousands of events for clients worldwide.

Peder Losnegard, better known as Lido is originally a rapper but also writes his own music and is a record producer as well. Lido’s genre includes electronic hip-hop and he is able to play the piano and the drums. Albums and Extended Play’s by Lido are pretty recent; Everything is as new as this past year, The Passion Project- With Santell and Superspeed EP- With CanBlaster are both from 2015. Another EP recorded and released by Lido is I Love You, from 2014. His tracks are extremely popular today along with the singles Lido has produced with other artists. “Tokyo Narita” was a creation by Lido with vocals from Halsey an amazing new artist as well.

With such talent, others have recognized Lido in the industry like Bastille, The Weeknd and Disclosure. Although their styles of music differ, these groups religiously support Lido and his talents. Lido belongs to the record label Mad Decent along with many other artists in the EDM category.

Something that makes Lido unique is his “Everything Tour” that takes up only about two weeks of his time! This is in honor of his new album being released in October of 2016. Lido will make his way throughout Europe in one week and then head over to the United States and Canada to finish up the tour. While hitting larger cities and larger venues, Lido will also be performing at smaller venues as well.

Another thing Lido always made clear was his ability to be able to create music like it is some type of art. Lido knows that there is always room for improvement, which is a great mindset to have as an upcoming and successful artist. Some of his music has come from random activities; Lido produced his hit single “Pillows,” when he was shopping with friends for, you guessed it, pillows! These unique creations have come from every day activities, making them as special as they truly are. Lido is known for making his music relatable and interesting to listen to, making his audience forget about the madness going on in the real world.

Alike other artists, Lido performed in the famous music festival, Coachella in California. Lido blew his fans out of the water with his performance on his new album, Everything. Lido performed this album and not any other because it tells such a unique and personal story. The reaction Lido received from the audience was one like he has never received before. This album was a perfect mix for those suffering from a recent breakup or heartache. It is the perfect comfort music that you are looking to listen to in such a somber time.

Another accomplishment made by Lido was being able to perform live with such a close friend, Jaden Smith. The two worked so well together with Smith making Lido’s music more meaningful to Lido himself as well as his fans. Their live performances were extremely emotional for the two of them, as they share such a strong and close relationship.