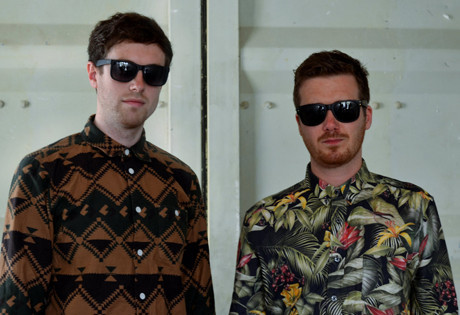 Look no further than WeddingEntertainment.com! We make it easy and stress-free to check availability and pricing for booking Gorgon City or any other act in the business. With over 26 years of experience in the industry, we have booked and produced thousands of events for clients worldwide.

Gorgon City is made up of two English producers, Kye Gibbon and Matt Robson-Scott. These two work together to create some of EDM’s greatest hits. Gorgon City has a famous hit single that was released in 2014, “Ready for Your Love.” These two work with Black Butter Capitol records to produce their music.

The first mix released by Gorgon City was back in 2012 and it was an extended play called, “The Crypt.” Working with other artists to create their masterpieces, Gorgon City broadened their audiences gathering more fans than ever before. In 2013, Gorgon City released “Intentions,” and after that came their most popular song thus far, “Ready for Your Love.”

In order to mix up their style, Gorgon City partnered with an indie rock band, Klaxons and released “There Is No Other Time.” In late 2014, Gorgon City released another single, “Back 2 The Wild,” which was a remix of a song by Basement Jaxx. The song, “Unmissable,” an original created and produced by Gorgon City, topped the charts at number nineteen in the United Kingdom along with appearing on the 1Xtra show in July of 2014.

After releasing a ton of hit singles and albums that reached great success, Gorgon City went for another big win and released “Kingdom.” This album is being split into two parts, the first being released in late 2016. Some special guests starring in Part one of the new album include Wyclef Jean and Laura Welsh. “Zoon Zoom,” a production with special appearance by Wyclef Jean is one song you will not want to skip over.

Another hit released in 2016 was their popular song, “All Four Walls,” with a special appearance from Vaults, a band from the United Kingdom. This mix is an upbeat, better version of a hip-hop song. The intense lyrics and amazing tune are easy to get addicted to. This song gets you thinking about your life and what you can do to make it the best it has ever been. Gorgon City is a great group for lyrics that will get you thinking deep. I can promise you one thing after you listen to this song, your adventurous side will certainly come out! It is a short song but it is to the point and gets you up and ready to go.

Part two of their newest album, “Kingdom: Part II,” has not yet been released but fans are eagerly waiting its arrival. Another extended play that was released earlier this year, “Money,” is available for digital download online and has done extremely well so far.

Gorgon City is a mix of older rock and newer electronic dance. Their tunes and beats are sure to get anyone up off their feet. The vibe they provide during a live performance is unlike any other artist. The edgy feel from the style of their music is a catchy one that many seem to love. Some newer tracks that Gorgon City has recently released include, “The Terminal,” and “Sky High.”

Find Gorgon City playlists available on Spotify and SoundCloud for free. These are some mixes you do not want to miss out on. With their new album almost ready for release and the sequel shortly after, Gorgon City is definitely in line to gather more and more teens along with adults along the bandwagon.