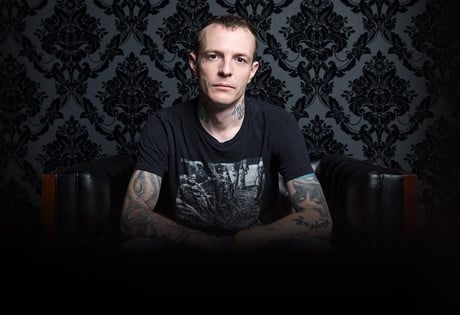 Looking to book Deadmau5 entertainment for a wedding anywhere worldwide?

WeddingEntertainment.com makes it easy and trouble-free to check availability and pricing for booking Deadmau5 or any act in the business for your wedding. If we don't book an act for you, our service is free. For over 26 years we have booked and produced thousands of events for our clients worldwide. We can also handle everything necessary to produce the show for one all-inclusive price so there are no surprises. Simply fill out an entertainment request form and a booking agent will contact you to discuss the possibility of booking entertainment for your wedding.

The artist and producer known as deadmau5 was born Joel Thomas Zimmerman in 1981 in Ontario, Canada. Young Joel began playing the keyboard when he was a teenager, and the instrument spawned a life-long love of music, which led to deadmau5’s career as one of the industry’s most notable producers.

Deadmau5’s debut album, Get Scraped, was released in 2005 and was an immediate success. The album led to the formation of deadmau5’s own record label, mau5trap, and a series of subsequent critically acclaimed albums, including Vexillology (2006), Random Album Titled (2008), For Lack of a Better Name (2009), 4x4=12 (2010), and Album Title Goes Here (2012.) The albums featured collaborations with such notable musicians as Kaskade, Rob Swire, My Chemical Romance, and spawned the hits “Move for Me,” “I Remember,” “Ghosts ‘n’ Stuff,” “Sofi Needs a Ladder,” “Raise Your Weapon,” and “Aural Psynapse.” The songs and albums earned deadmau5 multiple award nominations, including three Grammy nominations.

Deadmau5’s music has made its way into pop culture through a variety of different mediums. His songs “Ghosts ‘n’ Stuff,” “Soft Needs a Ladder,” and “Some Chords” have been featured in the television shows CSI: Crime Scene Investigation and Jersey Shore, and in the feature film The Hangover Part II. His music can also be found within multiple video games, including Sound Shapes, The Sims 3, Need for Speed: Most Wanted, Grand Theft Auto IV, and Grand Theft Auto: Chinatown Wars.

Deadmau5 most recently returned to the studio to finish recording his next studio album release, scheduled for 2014.