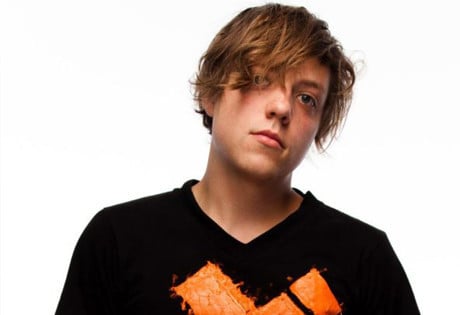 WeddingEntertainment.com makes it easy and trouble-free to check availability and pricing for booking Robert Delong or any act in the business for your wedding. If we don't book an act for you, our service is free. For over 26 years we have booked and produced thousands of events for our clients worldwide. We can also handle everything necessary to produce the show for one all-inclusive price so there are no surprises. Simply fill out an entertainment request form and a booking agent will contact you to discuss the possibility of booking entertainment for your wedding.

Robert DeLong, a February baby and native of the state of Seattle, Washington, is an electronic DJ. Delong spreads his talent across the board with his ability to sing, write and perform; he is a triple threat! As recently as 2015, DeLong has had two albums with the record label Glassnote Records. His first came out in 2013, “Just Movement,” and “In The Cards,” in late 2015.

Growing up in a musically influential household, DeLong played in a band throughout his childhood and teenage years. DeLong is able to play the keyboard, drums, sampler and he is able to sing. After attending college for music and practicing in multiple bands along the way, DeLong was ready for the big leagues. DeLong was in Los Angeles and performing at raves fresh out of college. His talent lied with electronic music as previously stated.

Something that makes DeLong unique and stand out amongst his competitors was his intelligent use of “video-game peripherals.” This included Wiii remotes to demonstrate musical notes and created a new way of hearing his music. DeLong was motivated by certain artists but specifically, Death Cab for Cutie and Modest Mouse. These artists are known for their catchy tunes along with their relatable lyrics.

Going back to his first album, DeLong sold around 15,000 copies of “Just Movement,” which again came out in 2013. His extended play, “Long Way Down,” was released for a digital download and reached millions over night. Some popular singles produced by DeLong are “Global Concepts,” “Long Way Down,” “Don’t Wait Up,” and “Better Days.” DeLong was fascinating his audiences one hit single at a time. His shows became visually attractive because of his unique ways with the Wii controllers.

Before being able to own the stage for himself, DeLong had the privilege to open for larger acts like Dillon Francis and Porter Robinson. With these experiences, DeLong was able to prepare for his future in the music industry. According to a recent interview, DeLong stated that his biggest influence on his music is popular science and partying. His future is still a mystery to the rest of us as for now.

I can tell you this now, if you are not in a good mood or are looking for something to get you up off your feet, DeLong’s music is what you should be listening to! His music is a mix of great tunes along with relatable functions such as using an Xbox controller. According to DeLong, playing a video game is similar to music; “you just have to push the right keys at the right moments.” It is as simple as that; DeLong can help anyone achieve his or her dreams.

DeLong is a solo artist that continues to amazing his fans each and every day. His music is original and stands out in the electronic dance world. DeLong’s tunes are interesting and upbeat. With his prior knowledge on music and his ability to play multiple instruments DeLong has paved a successful path for himself in the years to come.