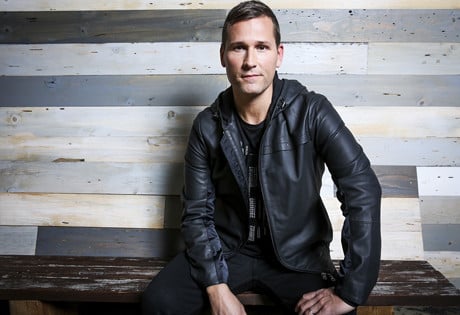 Looking to book Kaskade entertainment for a wedding anywhere worldwide?

WeddingEntertainment.com makes it easy and trouble-free to check availability and pricing for booking Kaskade or any act in the business for your wedding. If we don't book an act for you, our service is free. For over 26 years we have booked and produced thousands of events for our clients worldwide. We can also handle everything necessary to produce the show for one all-inclusive price so there are no surprises. Simply fill out an entertainment request form and a booking agent will contact you to discuss the possibility of booking entertainment for your wedding.

KaskadeThe DJ and producer known as Kaskade was born Ryan Raddon in 1971 in Chicago. While attending Brigham Young University in the late 1980’s, Kaskade began DJ-ing in his dorm, practicing and honing his skills. After leaving university, Kaskade began a career as a DJ which lasted through the 1990’s, until his first breakthrough with the single “What I Say” occurred in 2001.

Kaskade followed “What I Say” with the album It’s You, It’s Me, and then in 2004 he released his sophomore effort, In the Moment, featuring the song “Steppin’ Out.” The song rose to the top of the dance and electronic charts and spawned the additional hit single “Everything,” setting the stage for Kaskade’s additional albums since:  The Calm (2006), Here & Now (2006), Love Mysterious (2006), Strobelite Seducation (2008), Dynasty (2010), and Fire & Ice (2011.) Some notable hits off the albums include “The Gift,” “Sweet Love,” “Everything,” “Safe,” “Sorry,” “Sometimes,” “Move for Me,” “I Remember,” “so Far Away,” “Dynasty,” “Don’t Stop Dancing,” “All You,” “Call Out,” “Turn it Down,” “Room for Happiness,” and “All You.” Many of Kaskade’s singles feature collaborations with such notable artists and DJs as deadmau5, Tamra, Haley, Adam K, Tiesto, Mindy Gledhill, Skylar Grey, and The Cataracs.

Most recently, Kaskade released the album Atmosphere in 2013, featuring the title track, which garnered him two Grammy nominations for Dance Album of the Year and Dance Recording of the Year. Kaskade also received the DJ Times poll America’s Best DJ 2013 award in the same year.