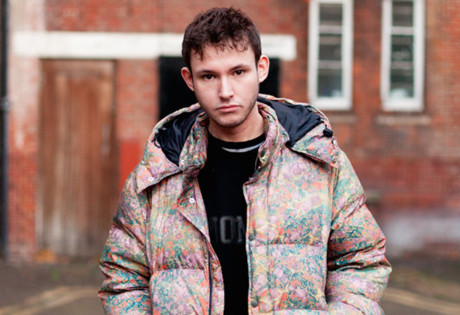 Look no further than WeddingEntertainment.com! We make it easy and stress-free to check availability and pricing for booking Hudson Mohawke or any other act in the business. With over 26 years of experience in the industry, we have booked and produced thousands of events for clients worldwide.

Born Ross Matthew Birchard, Hudson Mohawke is his idenfication if you want to reach him for his musical talents. Mohawke is a DJ and a composer originally from Scotland. Working with Warp Records, Mohawke has come out with two albums, “Butter” in 2009 and “Lantern” in 2015. Along with his own productions, Mohawke also works with TNGHT a trap music duo with a friend.

Hudson Mohawke is about thirty years old and he works mainly with the turntables, drums and computer. As for his childhood, Mohawke competed in Disco Mix Club’s DJ Championship when he was a teenager.

Around this age, he also started the Lucky Me collective. This is his own record label that specialized in hip=-hop, pop, electronic and underground dance music. He started this label around 2007 and has signed multiple top artists since then. Lucky Me is still in business today working with Ariana Grande and even Ludacris. This record label is located and works directly from Glasgow, Scotland in the United Kingdom. However, this does not stop Lucky Me from distancing themselves from the United States. The New Yorker gave them a great shout-out in 2009 making their name recognizable in North America.

After his creation came to life, he moved on in the hopes of broadening his relations in the music industry. Once signed with Warp Records, Mohawke’s career took off. Working with others at the beginning, he released multiple extended plays. “Show You” in 2006, “Secrets” in 2007 along with “Puzzles”and “Sittin on the Side.”

In 2008, Mohawke went on tour throughout the United States with his partner at the time, Lunice. Some venues that Hudson Mohawke performed in include, Coachella, The Opera House and Brooklyn’s Music Hall of Willamsburg.

In 2009, Hudson Mohawke was working with Warp Records and releasing his hit single “Spotted.” He also released his first album; “Butter” this year as well. With Lucky Me, Mohawke helped produce an extended play for a band that was later released in 2010.

After his own successful music productions, Mohawke decided to collaborate with the world famous Kanye West. Yes, everyone has their own personal opinions on this character however; the two worked together and were a hit. Because of this, Mohawke signed with GOOD Music, a label West worked closely with. Also, Mohawke had the honor of producing two tracks with West on his album in 2013, “Yeezus.”

Hudson Mohawke’s style of music is interesting because the beat he creates bounces off each tune inside of the beat. The rhythm and tone of Mohawke’s music is catchy and upbeat.

Another top artist that Mohawke has worked with is Drake, for “Connect” from his album that came out in 2013. Hudson Mohawke works a lot on the production side of music, helping to produce tons of top hits. Part of his passion is making sure others succeed as well, making him a down to Earth, all around great guy. With his talent he has definitely succeeded in his own work and it is amazing to see him produce so many other artists’ albums.