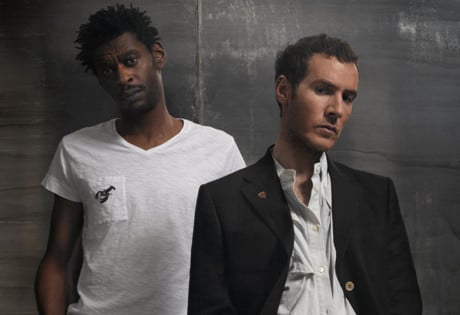 WeddingEntertainment.com makes it easy and trouble-free to check availability and pricing for booking Massive Attack or any act in the business for your wedding. If we don't book an act for you, our service is free. For over 26 years we have booked and produced thousands of events for our clients worldwide. We can also handle everything necessary to produce the show for one all-inclusive price so there are no surprises. Simply fill out an entertainment request form and a booking agent will contact you to discuss the possibility of booking entertainment for your wedding.

The British musical group Massive Attack was formed in 1988 in Bristol. Artists Daddy G, Robert Del Naja, and Andrew Vowles had met and initially formed the Wild Bunch in the mid 1980’s. The trio enjoyed great success in the London area, and after the release of the song “Any Love,” fronted by vocalist Carlton McCarthy, they formed Massive Attack and signed with Circa Records.

Massive Attack’s song “Teardrop” received a heavy boost in its popularity after it was adopted as the theme song for the smash television hit show House. In addition, Massive Attack’s music has been recognized by a number of competitive awards, including two MTV Europe Awards, a Brit Award, and two Q Awards. The albums Mezzanine and Blue Lines were both listed by Rolling Stone as among the 500 Greatest Albums of All Time.

Today, Massive Attack continues to perform and record, and is currently scheduled to appear at the Secret Solstice festival in Reykjavik in the summer of 2014.