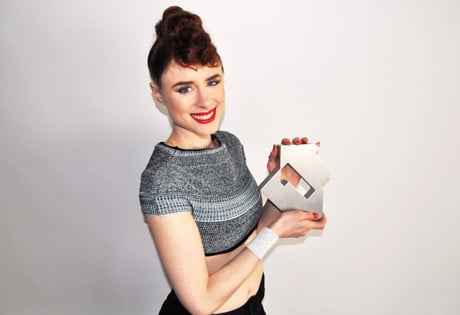 Looking to book Kiesza entertainment for a wedding anywhere worldwide?

WeddingEntertainment.com makes it easy and trouble-free to check availability and pricing for booking Kiesza or any act in the business for your wedding. If we don't book an act for you, our service is free. For over 26 years we have booked and produced thousands of events for our clients worldwide. We can also handle everything necessary to produce the show for one all-inclusive price so there are no surprises. Simply fill out an entertainment request form and a booking agent will contact you to discuss the possibility of booking entertainment for your wedding.

The Canadian singer and dancer known as Kiesza was born Kiesa Rae Ellestad in 1989 in Calgary. Although Kiesza studied ballet and music as a child, her  initial aspirations were to pursue a career with the Royal Canadian Navy, and so as a teenager she participated in the Sail and Life Training Society program for young recruits. After joining the reserves, Kiesza began to entertain herself and her fellow crewmates by signing and playing the guitar. The experience gave her the encouragement needed to consider pursuing a career in music full-time.

After returning home, a local radio station host invited Kiesza to perform on his live show. Her performance eventually led to a full scholarship to the Berklee College of Music in Boston, Massachusetts, where Kiesza continued to study guitar, voice, and piano. After graduating from Berklee, Kiesza moved to New York City and began performing around town, ultimately releasing her debut single, “Oops,” in 2012. The song was a surprise hit, putting Kiesza on the map and paving the way for the release of her debut album, Sound of a Woman, in 2014.

Sound of a Woman spawned the smash-hit single “Hideaway,” which rose to the number one spot internationally and reached into the top forty on the mainstream charts in the United States. It also gave audiences the additional singles: “Giant in My Heart,” “No Enemiesz,” and “What Is Love.” Since then, Kiesza has found herself in demand both as a performer and songwriter; she recently wrote a number of songs for Loreen and also for Rihanna, and she collaborated with Skrillex and Diplo on the song “Take U There.” She also appears on the song “Triggerfinger,” recorded with Donkeyboy.

Most recently, Kiesza has become a highly recognizable celebrity as the face of “Color Block,” a new line of fashion eyewear created by Fendi. The promotional video, which features Kiesza, has been seen by millions everywhere, and is expected for further boost the career of this young star on the rise.