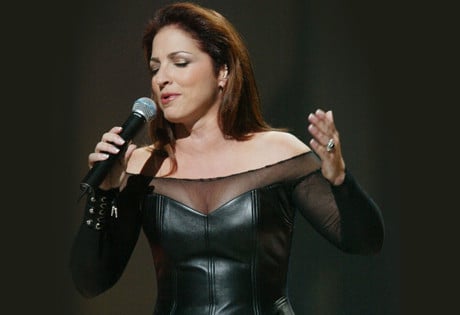 Look no further than WeddingEntertainment.com! We make it easy and stress-free to check availability and pricing for booking Gloria Estefan or any other act in the business. With over 26 years of experience in the industry, we have booked and produced thousands of events for clients worldwide.

As one of the biggest Latin singes to emerge in the 1980’s, Gloria Estefan launched a career of staggering success with chart-topping rhythms from her native Cuba. Estefan was born in 1957 in Havana but moved to Miami as a young child. In 1975, she joined up with family members and friends for Miami Sound Machine, and eventually married the band’s keyboardist, Emilio Estefan.

With Miami Sound Machine, Gloria Estefan became a pop explosion with a strong Hispanic fan base. They crossed over to mainstream pop with “Dr. Beat” in 1984, and then with Primitive Love in 1985. Singles like  "Conga," "Words Get in the Way,” and "Bad Boy” hit the charts. The album Let It Loose followed in 1988, and went triple-platinum. Recognizing the strength of their front woman, the band re-named to Gloria Estefan & Miami Sound Machine. The album spawned singles such as “Anything for You," "1-2-3,” "Rhythm Is Gonna Get You," and "Can't Stay Away From You.”

“Don’t Wanna Lose You” came from Cuts Both Ways in 1989, but in the following year, Gloria Estefan and the Estefan family suffered a tragedy when their tour bus was hit by a tractor-trailer. Gloria, Emilio, and their son all recovered from injuries, but Gloria Estefan suffered a broken vertebrae which would require years of surgery and rehabilitation.

Gloria Estefan returned to audiences with Into the Light in 1991, and in 1993 she recorded her first Spanish-language record in ten years. The album earned Gloria Estefan a Grammy Award. Hold Me, Thrill Me, Kiss Me came next in 1994, and Abriendo Puertas earned her another Grammy and the iconic “Reach,” the single which would become the theme for the Summer Olympics in 1996. In the years following, Estefan released the additional albums: Alma Caribeña (2000) Unwrapped (2003) and then launched her final tour, the Live and Re-Wrapped Tour, in 2004.

But Gloria Estefan did not fade from the entertainment spotlight. In recent years, she starred in the CW network’s reality show, The Next: Fame Is at Your Doorstep, and appeared as a featured artist on Tony Bennett’s album Viva Duets. A few years later, in 2013, she again lent her vocals to Paul Anka for a duet on his album, Duets. Estefan’s own album, The Standards, followed later that year and featured contributions from notable artists such as Joshua Bell and Laura Pausini. Soy Mujer, an album consisting of Gloria’s Spanish-language hits, followed in 2015.

Gloria Estefan’s contribution to music and her achievements are unparalleled. She has been recognized with the Ellis Island Congressional Medal of Honor, the Hispanic Heritage Award, five Grammies, an MTV Video Music Award, and the American Music Award for Lifetime Achievement. Gloria Estefan has two honorary degrees, from Barry University in Miami and the University of Miami, and has been recognized by numerous organizations for her humanitarian work. She has been inducted into the Songwriters Hall of Fame.

Gloria and Emilio Estefan have their stars on the Hollywood Walk of Fame next to each other. In 2017, Gloria Estefan became the first Cuban-American recognized at the Kennedy Center Honors.